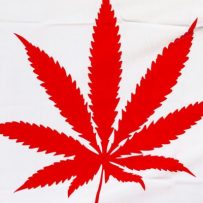 On September 13, CFAA President John Dickie appeared before the House of Commons Standing Committee on Health. While the committee recognizes that some tenants will be disturbed by tenants who are smoking or cultivating marijuana in their apartments, it was clear that any solutions to that problem are going to have to come from the provinces. For example, Quebec apparently intends to prohibit home growing.

CFAA made the following points:

In the limited situations where marijuana is legitimately prescribed for medical use, ingested marijuana may offer all of the benefits without any of the negative impact on other tenants.

Growing marijuana in multi-unit or rented dwellings is more problematic than marijuana smoking. Concerns include:

CFAA told the committee that Parliament should amend the Bill to prohibit marijuana growing or processing in multi-unit dwellings, and in rented dwellings of any size.

Failing that, there should be a system which requires the landlord’s consent to the growing.

Current leases do not prohibit marijuana smoking or growing, because it is against the law. The current regime prohibits smoking and growing and landlords will only be able to impose those terms themselves when they enter into new leases with people. Effectively, tenants would be against the interest of the majority of tenants.