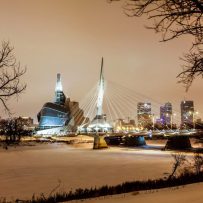 Across Canada, housing prices slowed down in 2013, but in Manitoba, there are no signs of the housing crunch abating. Last month, the average house price in Winnipeg surpassed $300,000 for the first time ever, according to new data from the Canadian Real Estate Association. Good news if you are looking to sell, but tougher if you are just getting into the housing market.

However, it is not just home buyers who should be concerned about this news. Because the housing system is interconnected, these prices affect everyone. The increased cost of property pushes up shelter costs for both owners and renters. Although the provincial government has made welcome investments in affordable housing in recent years, other levels of government need to ante up to ensure that all Manitobans can afford a place to live and call home.

Winnipeg was once known for its housing affordability. Compared to super hot markets like Toronto and Vancouver, it still is.  But for too many citizens, the cost of shelter is prohibitively high. Rental rates have increased 60 to 65 per cent since 2000. According to the 2011 National Household Survey, 37 per cent of rental households in Winnipeg paid more than 30 per cent of their income for rent. More than half of all renters lived in housing that was unaffordable, overcrowded or in need of major repairs, meeting at least one the criteria of what is called core housing need. The outcome of these high rent costs is a housing crisis that leaves far too many in need of shelter, hundreds of whom end up in absolute homelessness.

For Manitobans at the low end of the pay scale, it is a struggle to keep up with rent increases. Even though the minimum wage has increased annually over the past several years, rents have gone up just as fast. In 2013, a minimum wage earner needed to work 54.2 hours per week to afford a one-bedroom apartment in Winnipeg based on Canadian affordability criteria. This is up slightly from 2007 when a minimum wage worker would need only 52.9 hours per week. No wonder so many people need second jobs to make ends meet!

For households on Employment and Income Assistance (EIA), or welfare as it is commonly known, the affordability gap is even greater. An average bachelor suite in Winnipeg costs $554 dollars per month. This amounts to 91 per cent of the total income for an individual on general assistance, leaving only pennies per day left over for food and other expenses. Doubtless, many on EIA live in rooming houses or Single Room Occupancy hotels that are sometimes cheaper than an average bachelor suite, but too often these accommodations lack basic safety and security requirements.

The housing affordability gap means people with low incomes have to make tough decisions between paying the rent and food and other necessities of life, which leads to higher health-care costs. Lack of housing stability results in reduced educational attainment for children of parents in core housing need. Homelessness costs Canadians $1.4 billion annually. Poor quality, crowded and unaffordable housing imposes costs that are harder to calculate but just as real. 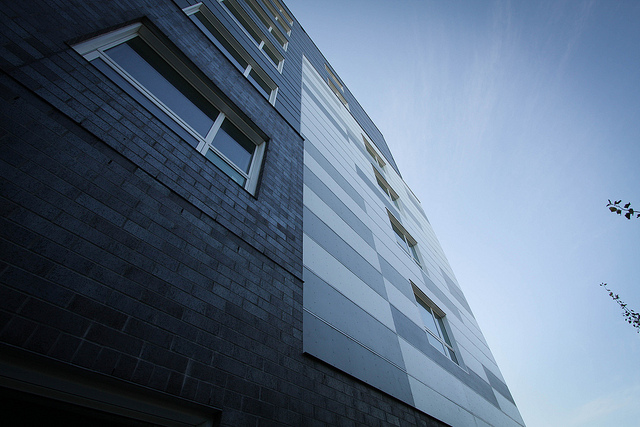 At one time Canada was a world leader in supporting social housing. With cutbacks and fiscal restraint in the 1990s, the federal government abdicated its role, leaving provinces to shoulder the burden. Since then, there has been a multi-billion dollar shortfall in affordable housing across Canada. As agreements between the federal government and non-profit and co-operative housing agencies phase out over the next 20 years, a further $1.7 billion dollars will be taken out of the social housing budget. So far, the province has been able to pick up the slack, but it is unclear if they will continue to be able to indefinitely.

Manitoba has committed to 1,500 units of affordable housing and 1,500 units of rent geared to income by 2014. A further 500 units of each are promised by 2016. This is a positive development, but only a fraction of what is needed. To do more, co-operation among all levels of government is needed. In particular, the federal government should return to the table.

Adequate housing is a recognized under the Universal Declaration of Human Rights, to which Canada is a signatory. In a country as rich as ours, there is no reason that any family should not have access to decent housing. With the Canadian Human Rights Museum opening in Winnipeg this year, it is time to establish this right in fact.

More information is available on these data on our annual update, Manitoba and Winnipeg Housing Data.