Posted in Landlord and Tenant Board 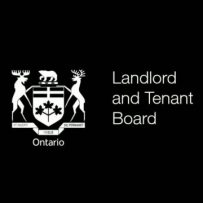 Just last year, Marco had two houses to his name, but for months has been sleeping in his car — all because his tenants, whom he’s been unable to evict, haven’t paid their rent.

Marco, 33, lost his marital home in a separation agreement in January. He still owns an income property — a two-suite house in Collingwood, Ont. — but says his upstairs tenant hasn’t paid up since June; the one downstairs hasn’t since February.

“I’m covering all housing expenses, the mortgage and property taxes and can’t afford to rent in the terrible financial situation I’m in,” he said. “I’m drowning in debt.”

CBC News is not revealing Marco’s last name because he works as a commission-based mortgage specialist and fears it would affect his employment.

He’s filed complaints about both tenants with Ontario’s Landlord and Tenant Board (LTB). But because of a backlog that formed during the pandemic, an adjudication process that once was supposed to take no more than one to three months has ballooned to roughly eight. Year-long delays to fully address disputes are becoming more common.

“I’m at the lowest point of my life,” Marco said. “I don’t understand how something like this can happen.”

The problem appears to be widespread, with tenants across the country refusing to pay rent, refusing to vacate a property, or both. In B.C., the normal waiting period to have a dispute heard has mushroomed from about one month to over four. Nova Scotia is also reporting delays.

In Ontario, as in many provinces, tenants can legally stay in their rental units, even without paying rent, until the dispute is heard and an eviction order is issued.

That, combined with the backlog, has created a climate that often favours tenants, says Asquith Allen, director of policy and regulatory affairs at the Federation of Rental-housing Providers of Ontario (FRPO).

“More and more people are understanding that the [Landlord and Tenant] Board is taking a while to get to cases,” he said. “Tenants are just not paying rent, waiting until the result of that application … It’s frustrating.”

The emotional toll on property-owners can be “devastating,” he said.

Marco says after he and his wife bought the property in September 2021, his basement tenant didn’t pay rent in full, asking to make partial payments instead.

Later that month, a city water pipe broke and flooded the basement. Marco says he offered to reduce the next rent payment of $1,700 by $1,000, but says the tenant kept paying even less for several months and, in February, stopped paying any rent at all.

The upstairs tenant stopped paying the $1,900 rent in June, he says.

“It boggles my mind that people can get away with this,” he said. “If I stole that much money from a store, I would be charged.”

The tenants were already living there when Marco and his wife bought the house. He says they asked the selling agent for the last six months of rental statements, but “got the runaround” and were under pressure to close the deal.

“We should have clued into that,” he said. “I didn’t do enough due diligence.”

He’s hired a paralegal to try to get his cases expedited with the LTB, but so far, he’s heard nothing back. He’s received only an automated response that his complaint has been registered and is still waiting for hearing dates.

“Once you’re at a place where you find you need to file an application with the [Landlord and Tenant] Board, you’re pretty much at their mercy,” said Allen.

A spokesperson says the LTB is looking at adding more hearings to address the backlog, but that there are “many considerations.”

Ontario Attorney General Doug Downey, who oversees the LTB, declined an interview request. In a statement, a spokesperson said the government is making “significant progress in appointing additional adjudicators” to the LTB, but would not elaborate.

Elsewhere, in Abbotsford, B.C., a tenant refused to pay rent for most of 2021 and the first half of 2022. When he was finally ordered evicted, he demolished the inside of the house, cutting support beams in the roof, tearing off drywall and tossing about insulation.

“I’ve never seen anything like it,” said realtor Morgen Yuan, who told the offshore homeowner that he would check in on the property.

Yuan says police told him no charges would be laid, because tenancy issues fall outside police jurisdiction.

In Brampton, Ont., Hasan Khan, his wife and their one-year-old are sleeping on a single mattress in the basement of their own house, because a couple renting the main floor with their adult son refuse to leave. The Khans rented the space while they were in India for six months.

The last time the tenants made a full rent payment of $2,400 was in December. Then they made partial payments, and in May stopped altogether.

The Khans are stuck paying housing costs, so they can’t afford another place for themselves.

They also can’t afford to do much of anything, he says. The family spent most of the summer in the backyard and drove to Toronto’s Pearson airport a couple of times to sit and watch airplanes take off and land.

“We do things where we don’t have to spend money,” said Khan. “I feel bad for the kids and how my wife feels.”

It’s been six months since he complained to the LTB, which rejected a request that his case be expedited, saying Khan failed to prove he was experiencing “significant financial hardship.”

“[The tenants] laugh when I threaten to go for eviction,” he said. “It looks like they are very aware of the loopholes.”

Go Public asked the tenants — a couple who appeared to be in their late 40s — why they’d stopped paying rent.

“We are having some problems,” said the husband. He claimed he had recently lost $90,000 in a business investment, then blamed having only sporadic work.

The man vowed to pay up. But in September and October, according to Khan, paid only one-quarter of their rent.

Ontario’s ombudsman launched an investigation into LTB’s delays in January, after receiving 110 complaints from property owners, tenants, advocacy groups, MPPs and other stakeholders. Since then, it’s received another 1,700 complaints.

A spokesperson told Go Public that the investigation is in its “final stages,” but no date has been set for the report’s release.

Meantime, Marco says living out of his car is taking a toll.

“It’s super difficult,” he said. “My mental health is deteriorating.”

He hopes one day to recover what he’s owed, evict the tenants and move into that house himself.