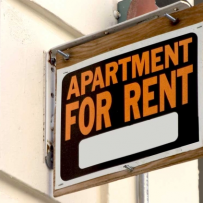 Rental markets are showing signs of weakness, with rents falling and vacancies climbing, particularly in and around the downtown cores.

From Manhattan to Toronto, and San Francisco to Vancouver, rental markets are transacting at a discount, which is what many of those priced out of centrally located communities need to find digs in choice neighbourhoods.

Take the Greater Toronto Area. The average rent for a one-bedroom apartment was down by 11.1 per cent in the third quarter from a year earlier, according to the recently released Q3 rental market report by the Toronto Regional Real Estate Board (TRREB).

The recent shift could be troubling for landlords that have enjoyed years of escalating rents and falling vacancy rates, but the decline in average rents has brought many new renters to the market. Apartment rentals in the third quarter were up by 30.2 per cent from a year earlier.

Despite the strong growth in rental transactions, some industry watchers are pointing to weakening demand. A telltale sign is rental listings, which increased by 113.9 per cent over the third quarter in 2019.

Average rents declined for all sizes of apartments, yet it was more pronounced for smaller-sized dwellings. The average rent for a bachelor apartment in the third quarter declined by 15.5 per cent year over year, while hard-to-find three-bedroom apartments declined 8.7 per cent.

The type of housing also mattered: The average rent of a three-bedroom apartment declined, but it increased by 1.1 per cent for a similar-sized townhouse.

These trends are in line with the broader shifts observed since the onset of COVID-19, namely, increasing demand for ground-oriented, larger-sized dwellings with backyards and nearby open spaces.

The impact of COVID-19 is evident in Toronto’s urban core where rental listings in Toronto have increased the most. For instance, apartment listings in the GTA during the third quarter increased by 113.9 per cent, but the growth is much more pronounced in the downtown (TRREB’s District C01), where listings numbered 12,795 in 2020 compared to 4,931 a year ago, a 159 per cent increase.

The increase in downtown rental listings is partly driven by changes in rental regulations, which led to the conversion of short-term rental units to long-term rentals, and partly by the completion of new condominium buildings that contributed new rental units to the vacancy mix.

Furthermore, the decline in tourism contributed to the drop in demand for short-term rentals, some of which were converted to long-term rentals.

Rental supplies have increased in the City of Toronto and its downtown core, and the same jurisdictions also registered an increase in rental activity. With 11,583 leases registered in the third quarter, condominium rental transactions increased by 30 per cent in the City of Toronto over the same period in 2019. Rental transactions in its northern neighbour York Region were up by 58 per cent in the same period.

Some believe the increase in rental supply since the pandemic first hit in March is responsible for falling rents in urban Canada. Yet, a report from TorontoRentals.com suggests average rents in the city have been falling for the past 10 months — though the year-over-year decline has sharpened as of late.

The simultaneous increase in leases and listings and the decline in average rents present a mixed picture of rental housing markets. Until recently, rising rents, falling vacancy rates and worsening housing affordability were the focus. Measures to increase rental supply concerned both public and private entities. Now, with a glut of rental units hitting the market, the calls to build more rental housing are almost silent.

The preference for larger dwellings in the suburbs and a decline in urban core demand is likely a pandemic-induced outcome. If office real estate in the urban core continues to be partially or mostly empty for months or years to come, the desire to live within a reasonable commute to work will continue to dissipate.

The fortunes of rental dwellings in central parts of the cities are tied to workers returning to offices. A recovery in the tourism sector and the return of college and university students to their rental abodes around campuses will also help define rental housing market health.

With so many moving parts, predicting the future of rental housing markets would be a fool’s errand.