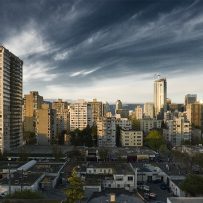 Victoria council could soon require developers to make 20 per cent of units “affordable” in larger new residential strata buildings, despite expert advice warning against the move.

An analysis by Vancouver-based Coriolis Consulting said a policy requiring 10 per cent of units be affordable was all the Victoria market would bear.

Anything more would make projects not viable for developers and discourage them from applying to rezone properties.

A final decision won’t be made until June 27, but councillors sitting as committee of the whole have adopted Coun. Ben Isitt’s proposal to double the affordable-unit requirement to 20 per cent. The measure would apply to strata developments with 60 units or more.

“I think for a few years at least, we need to have a building boom of purpose-built rental housing. I’m personally not very interested in strata buildings where at most we’re going to see 10 per cent of the units being available to people who aren’t wealthy,” Isitt said.

“So for that reason, I think making a more stringent requirement for on-site affordability for the larger projects will either see applicants rise to that challenge, or we may see projects transition from strata to purpose-built rental.”

Mayor Lisa Helps, however, urged councillors not to increase the requirement to 20 per cent, arguing it would result in fewer project applications and thus fewer affordable units.

Helps noted that Victoria is already seeing a boom in construction of rental housing.

In 2018, the number of rental-construction starts in Victoria surpassed strata starts, which city staff say might be unprecedented for the province.

“What I heard staff say is that if we go to 20 per cent from 10 per cent, we’re going to get less inclusionary housing units and I don’t want that,” Helps said. “I just really want us all to think very carefully about that.”

Rory Kulmala, chief executive of the Vancouver Island Construction Association, predicted a 20 per cent requirement would send developers to other municipalities. “I think they will leave Victoria. I think they won’t put their eggs in this basket.”

The move indicates its proponents do not understand the economics that would motivate a developer to build, he said.

“Even with 10 per cent [affordable units], it still puts a considerable amount of strain on an industry that is facing high bureaucratic costs, high planning costs, high material costs and certainly labour costs are going up.”

Councillors endorsed a suggestion from Coun. Sarah Potts that they consider projects with heights and densities greater than allowed in the Official Community Plan in return for amenities such as energy efficiency, accessible housing (for special needs), two- and three-bedroom units, daycare facilities and enhanced green space. The change would be a carrot as opposed to a stick, Potts said.

“I think there is a lot of opportunity for innovation to be able to get to where we need to go,” she said. “There are 6,000 households in the city of Victoria that pay more than 50 per cent of their income on rent. Seventy-six per cent of renters are worried that they are going to have to leave the city because of unaffordability.”

Councillors also agreed to consider large projects where affordable units are less than 20 per cent of the total if certain conditions are met. For example, if the applicant demonstrates the 20 per cent rate will make the project not financially viable, if the project is primarily comprising two- or three-bedroom units, if economic analysis shows a different level of non-market rental or home-ownership units is supportable, or if the project has a higher level of energy efficiency.

“I’m hoping this makes the 20 per cent more palatable and a little more viable in terms of the information we’ve been given from staff,” said Coun. Jeremy Loveday.