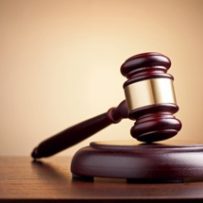 HERE ARE SOME IMPLICATIONS FOR PRIVATE LANDLORDS

The Landlord and Tenant Board (LTB) has just released a decision by a special three Member panel which articulates the legal relationships between landlords, supportive housing providers (SHP’s), and subsidized housing occupants (Occupants) where landlords have entered into “head lease agreements with SHP’s which, in turn, enter into occupancy agreements with their clients.  Landlords and SHP’s are declared to be “co-landlords” and the Occupant is declared to be an RTA tenant.  LTB Members will follow these legal principles in proceedings involving head lease/sub-lease arrangements; consequently the decision has significant implications and will require adjustments for landlords who have entered into head lease agreements with SHP’s.

A private landlord and an SHP entered into a standard form of residential lease which specifically stated the Residential Tenancies Act (RTA) governed their relationship, and named the housing provider as the sole tenant.  Despite this, the Board determined that the SHP was not a “tenant” under the RTA because it did not, and did not intend to, “occupy” the rental unit. The lease between the landlord and the SHP is a commercial lease agreement.

The rental unit was actually occupied under an “occupancy agreement” made between the SHP and an individual (“Occupant”), and the private landlord was not a party to it.  The LTB held that the Occupant was an RTA tenant and both the landlord and the SHP were “co-landlords” under the RTA. The Board explicitly considered and rejected submissions that relationships at issue constituted an “upper tenancy” and a “lower tenancy”, or that the Occupant was a sub-tenant.  The bottom line is that where there is a head lease with an SHP, which in turn enters into separate leases with subsidized “sub-tenants”, the LTB will treat the Occupant as an RTA tenant in a legal relationship with two RTA landlords: the landlord and the SHP (“co-landlords”).  The decision is at this link at our website :

In light of this decision, private landlords should reassess whether it is desirable to enter into housing agreements with SHP’s at all, but if they do, they should know the implications of such agreements, and how to modify them to minimize landlords’ risk. Note that if the SHP occupancy is for a purpose which falls within an exception under s. 5 RTA (short term care, therapeutic services, etc.), then there is less risk, but the terms and administration of the head lease and occupancy agreement should specifically ensure the exceptions apply.

“Occupants” can apply directly to LTB against both “co-landlords”: A significant implication of the decision is that the “Occupant”, being an RTA tenant, is now competent to make applications for relief directly to the LTB, whereas non-tenants generally cannot.  There is, therefore, increased liability exposure for landlords. There is very little cost to filing applications against landlords, and no cost consequences for tenants who file frivolous applications. It is likely that in any dispute between the SHP and the Occupant, the landlord will also be brought into the fray or, alternatively, an application may be made against the landlord when, under the terms of the lease, it should be against the SHP.

SPH legal obligations and risk will transfer to the Private Landlord: If the tenant is in breach of statutory covenants such as “interference with other tenants’ enjoyment”, impairment of safety, etc., the landlord and SHP are both “landlords” but problems will arise if there is disagreement between the two landlords as to whether the tenant should be evicted.  The risk is that proceedings will become mired in procedural delays; preliminary disputes about issues; and the potential that one of the “co-landlords” sides with the tenant and opposes eviction sought by the other co-landlord.  If the SPH offers care services, particularly to seniors, then the landlord and not just the SPH is bound by requirements of the Care Home provisions of the RTA and regulations imposed under the Retirement Homes Act.

Amend the “head lease” to recognize its commercial nature: Ensure there is still a head lease for a unit or block of units with the SHP, but eliminate any pretext that the head lease is governed by the RTA as it is a commercial lease.  The head lease should, however, include a term that requires the SHP to enter into RTA leases with the Occupant, specifically acknowledging that the Occupant is an RTA tenant (or exempt if an exemption applies), but subject to certain exceptions relative to income assessment, reporting requirements, exceptions to notice of rent increase requirements, etc.. The SHP lease to the Occupant should list the SHP name and address as the “name and address for service of documents” under s. 12 (1) RTA.

Allocate legal responsibilities and indemnity for private landlord: The head lease should make it clear as to who has responsibility for taking action against the Occupant, including securing evictions.  The head lease should generally require the SHP to take all proceedings to enforce the terms of the tenancy agreement and to bear the costs of same, but where the direct interests of the landlord are affected, the landlord should be named as a “party” to the proceedings. There should be provisions to provide for indemnification in the event the landlord is named in an order requiring payment of money to the tenant, when the breach of the RTA was by the SHP. Questions of liability regarding “accommodation” in relation to Human Rights Code obligations should also be addressed since it is likely the Human Rights Tribunal will follow the reasoning of the LTB.

Where an Occupant/tenant brings a proceeding against the landlord or the SHP, decisions will have to be made as to whether to ask the LTB to remove the landlord as a party if the conduct complained of is that of just the SHP, or remove the SHP if the conduct in question is that of the landlord. Some of these questions can be addressed in the head lease, but others may not be resolved until LTB proceedings have started.  The head lease should have provisions to indemnify the landlord in the event the landlord is forced to incur legal costs in removing itself from a proceeding started by the SHP or is otherwise prejudiced by RTA liability which should be borne by the SPH.

Modify tenant selection protocols and/or insurance and indemnity provisions: Ordinarily, the SHP selects a tenant and enters into an occupancy agreement with that tenant in respect of the rental unit.  The landlord has no input into the selection of the Occupant, but in the wake of this LTB decision, the landlord assumes full risk of the consequences of any statutory breach by the tenant, including liability where the tenant causes damage or injury to other occupants of the building.  Insurance and indemnity issues tied to the tenant selection process should be addressed in the head lease.  Alternatively, the head lease could provide that both “co-landlords” be permitted to screen and approve tenants.

Name both “landlords” when giving RTA Notices and know who your tenant is: Notices of Termination or Notices of Rent Increase must name and be served upon the Occupant who should be named as “Tenant”.  Since both the landlord and the SHP are Landlords, it would be prudent to name both Landlords when giving notices of any kind under the RTA. In addition, the head lease should require notification to the private landlord of the name and contact information for the occupant so that the landlord can properly name that person(s) when giving notices.

Ultimately, the terms of the head lease are largely dependent on the nature of the unit occupancies and services to be delivered by the SHP to the Occupant.

In summary, the LTB decision poses complex challenges and risks for landlords who enter into head leases with SHP’s for the purpose of facilitating access by Occupants to subsidized and supportive housing. The risks and issues raised in this Bulletin are not an exhaustive list. To mitigate the risks which arise from SHP/Occupant arrangements, landlords should review their existing head lease documents and engage in discussions with SHP’s to ensure that SHP’s are responsible and accountable for operations at landlords’ properties and that liability of SHP’s is not transferred to landlords or, where it is, that proper indemnification is provided for.

For information and advice concerning risk mitigation in leasing documents or legal proceedings between landlords and SHP’s  contact Joe Hoffer,  or Mark Melchers .