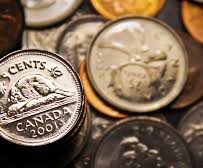 The Bank of Canada’s efforts to set the stage for a rate increase were set back Friday after data showed inflation pressures continuing to ease.

Canada’s consumer price index rose 1.3 percent in May from a year ago, the slowest pace this year, down from an annual pace of 1.6 percent in April, Statistics Canada said Friday from Ottawa. Another key gauge of price pressures that excludes gasoline and some other more volatile items fell to the lowest since 1999.

The inflation report undermines the case for a quick rate hike by the Bank of Canada even as the nation’s economy has been growing at a pace that is among the fastest in the developed world. Governor Stephen Poloz and his top deputy Carolyn Wilkins have begun to openly talk about the prospects of higher interest rates, fearing the acceleration in growth will fuel increases in prices and wages.

“We think prospects of a move next month have been dealt a blow today,” Josh Nye, an economist at Royal Bank of Canada, said in a note to investors.

The Canadian dollar fell on the report, losing 0.3 percent to C$1.3265 per U.S. dollar at 11:17 a.m. in Toronto. Yields on Canadian government two-year bonds fell to 0.9 percent, from 0.93 percent yesterday. Swaps trading suggests investors are putting a 33 percent probability of a rate hike at the Bank of Canada’s next rate decision July 12. That’s down from more than 50 percent earlier in the day.

Economists surveyed by Bloomberg had forecast inflation would slow to 1.5 percent from 1.6 percent in April on lower gasoline prices. 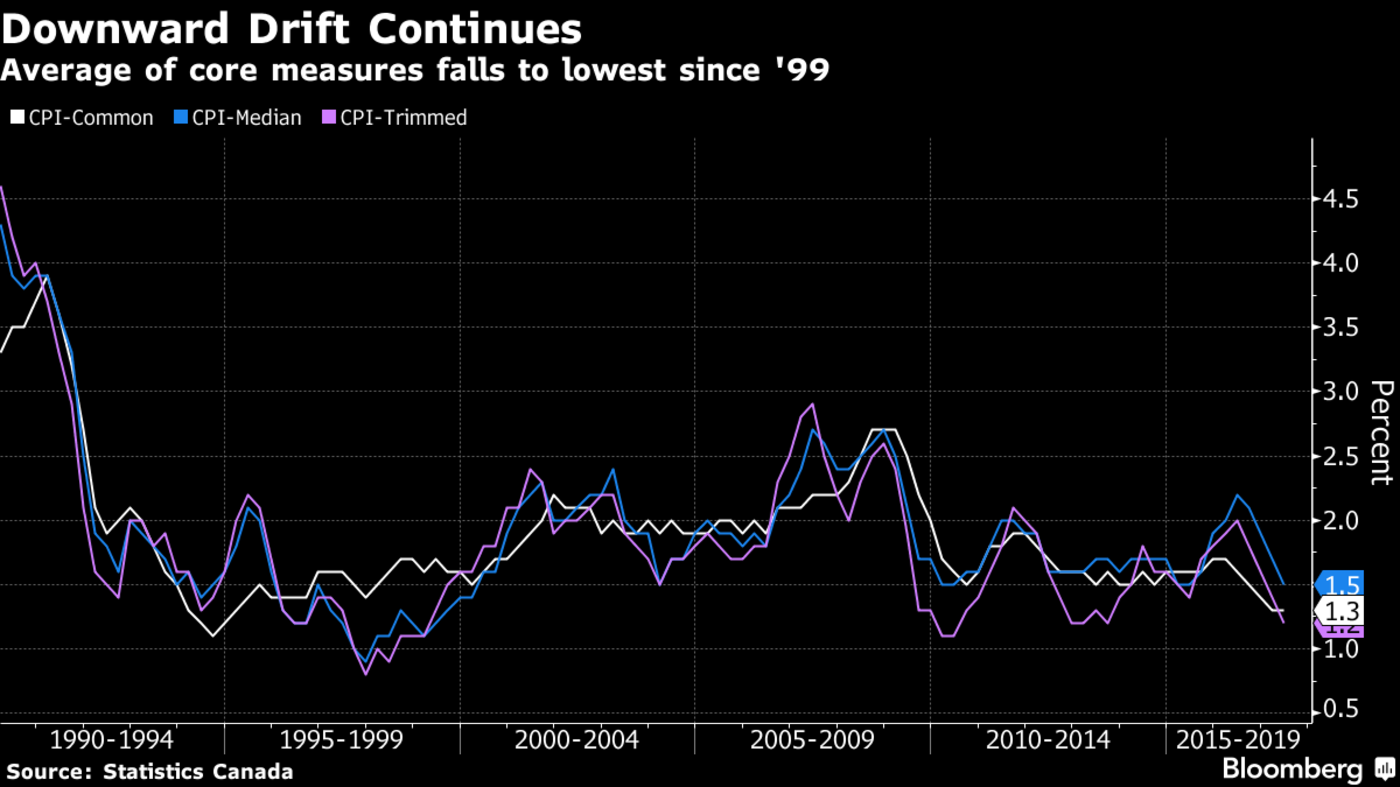