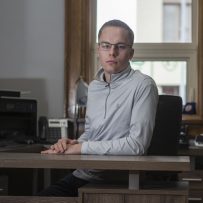 Saskatoon seems likely to pass on requiring landlords to obtain a licence, but city hall is still struggling with how to address problem rental properties.

A city council committee backed a strategy Tuesday to educate landlords and tenants and ramp up enforcement of property maintenance complaints, even though some questioned whether it will be effective.

Mayor Charlie Clark said he’s not convinced the strategy will address the problems associated with buildings that take up a lot of time and resources of the police and fire departments.

“I am so frustrated by what I’m seeing with this pattern,” Clark told council’s planning, development and community services committee meeting. “They’re basically using the police service as their property maintenance function.”

The committee heard that there are five apartment buildings for which police received more than four calls a week in 2018. One of those buildings averaged more than a call a day in 2018 with 411. The locations of the buildings were not divulged.

None of the handful of speakers spoke in support of requiring landlords to obtain a licence, but some wondered whether the issues will be addressed. City council must still approve the strategy endorsed by the committee.

Katelyn Siggelkow, a resident of Pleasant Hill, said she wondered how increased enforcement will be measured.

“This has been an ongoing problem since I’ve been here,” said David Fineday, who has lived in the Riversdale neighbourhood for 45 years.

Coun. Hilary Gough, who represents both the Pleasant Hill and Riversdale neighbourhoods, said she regretted that a city report on the issues did not focus enough on “tenant well-being.”

Cameron Choquette, the chief executive officer in Saskatoon of the Saskatchewan Landlords Association, said his organization was “extremely supportive” of the direction approved by committee Tuesday.

Choquette said the association, membership in which is voluntary, is starting to discuss a certification system for landlords.

There are about 37,000 rental units in Saskatoon with 21,635 of those located in apartment buildings. A licensing program for landlords would take about two years to implement, the committee heard.

A city report shows cities that require a licence to operate a rental property include Vancouver, Edmonton, Calgary and Toronto.

Assistant fire chief Wayne Rodger said a “more focused approach” on enforcement should make a difference. The fire department deals with property maintenance complaints, but city hall has added staff to try to address some of the less serious issues like unkempt yards.

“Much more needs to be done,” said Ruth Engele, speaking on behalf of Renters of Saskatoon and Area. “This is a challenging issue for sure.”