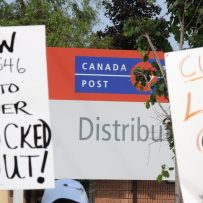 The Liberal leader was about to fly to a campaign stop on the east coast instead of taking part in any Labour Day activities, and there were six weeks left in the election campaign.

It was enough time to convince organized labour to back the Liberals instead of the New Democrats, he said at the time. The Liberals respected organized labour, he added, vowing a new relationship after years of abysmal relations under the Conservatives.

Many unionized workers did indeed appear to vote Liberal in the last election — a look at the red that painted the ridings in the nation’s capital points to how federal workers cast their ballots.

There is a new relationship between the two parties, one labour leaders describe as being open and collaborative.

But there are pressure points that are beginning to show in the Canada Post dispute.

What the Liberals are finding is what governments before them have realized: Supporting unions during an election can help you get elected, but once in power, a government becomes responsible for the economy as a whole. That may require stepping on union toes — sacrificing a few for the greater good.

“We accept that not everything is going to be perfect every day, but at least there’s an attempt to ensure there’s a lot of dialogue on critical files that the government is moving on that takes our perspective in the decision that they have to make as a government on behalf of the country,” said Hassan Yussuff, president of the Canadian Labour Congress. 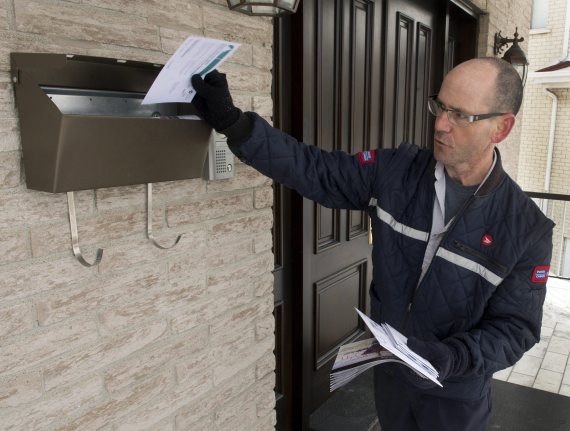 Letter carrier Richard Autotte delivers mail in the east end of Montreal Thursday, March 5, 2015. Police are investigating a series of robberies on letter carriers by thieves who have been taking the carriers keys to community and apartment mailboxes. THE CANADIAN PRESS/Ryan Remiorz

The Canada Post dispute is showing the cracks in the Liberals’ relationship with labour unions. (Photo: CP)

He said the real test of the relationship begins in the fall when the Liberals are set to make a push to repeal two pieces of Conservative legislation that angered unions — months after first introducing the required bill — and start a deeper look at changes to employment insurance and the temporary foreign workers program after months of consultations.

“Any day something could obviously go off the rails and we have to figure out how do we manage that,” Yussuff said.

From an organized labour point of view, the Liberals got off to a good start when they took power. Trudeau became the first prime minister since John Diefenbaker to address the CLC executive. One of the first pieces of legislation the Liberals brought in, C-4, would repeal laws the Conservatives passed, one that required unions to publicly post details of their spending, and the other that set a higher bar to unionize and lowered the threshold for a union to decertify. Trudeau also sent an open letter to the public service saying the relationship would be different than the one under the Tories.

C-4 didn’t make it out of the House of Commons before the summer break, and there are questions about whether the government can easily get the bill through the Senate.

There is also stalled legislation that would repeal Conservative rules that the Public Service Alliance of Canada says restricted their members’ rights to strike and bargain.

“They haven’t accomplished what they said they would,” said PSAC president Robyn Benson.

She said PSAC negotiators feel the government has kept the same hard line as the Conservatives in talks.

“They are much more open to having discussions with labour, but specifically in terms of the unions that represent government workers, they’re not quite as open. We would have had a deal already,” Benson said.

Labour leaders say that if the government wanted to, it could lean on Canada Post to come to a deal with the Canadian Union of Postal Workers and remove the threat of a lockout.

Instead, the two sides agree they couldn’t be further apart towards signing an agreement and avoiding a potential work stoppage.

Trudeau has said his government wanted to see the parties negotiate a settlement and he saw no need to immediately be heavy-handed.

This week, Labour Minister MaryAnn Mihychuk suggested the two sides go to binding arbitration, a suggestion CUPW immediately rejected, giving a glimpse at the Liberals’ moral suasion over the union. 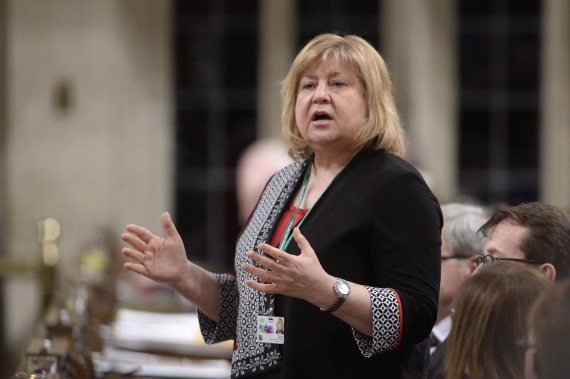 Labour Minister MaryAnn Mihychuk answers a question during Question Period in the House of Commons on Parliament Hill in Ottawa, on Monday, March 21, 2016. THE CANADIAN PRESS/Adrian Wyld

Governments have increasingly legislated an end to strikes or lockouts since the 1960s when federal public servants earned the right to strike and as the country faced increasing economic volatility, said Christos Aivalis, an adjunct professor of Canadian political and labour history at Queen’s University in Kingston, Ont.

But government as well can exert influence by doing nothing in a labour dispute, Aivalis said. Staying out of a strike or lockout could put heat on the Crown corporation to settle if business is threatened, or force the union to acquiesce if the work stoppage starts draining their financial reserves and puts a squeeze on workers’ bank accounts.

It all depends on the government’s end game, he said.