Landlords threatening class action lawsuit against government if reforms not made 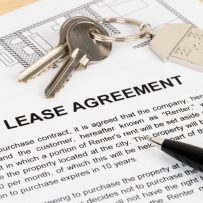 Landlords in Ontario are losing patience with lengthy delays at the governing board which oversees the industry, and is ready to go to court to get changes,

John Wilson is on the steering committee for the Affordable Housing Providers of Ontario, which is an umbrella organization representing landlord associations across Ontario. H says his group submitted suggestions in June to the government to reform the Landlord and Tenant Board (LTB).

“It’s ridiculous now. It’s crazy, It’s totally broken down.” Wilson told BayToday. “We recommended to our members across the province that if you have a problem, call the Ombudsman.”

Ontario’s Ombudsman Paul Dubé said yesterday that in the wake of a recent surge in complaints, he is investigating serious delays at the LTB, the administrative tribunal that resolves residential tenancy disputes.

Wilson says if nothing is resolved, his group is considering a class-action lawsuit against the government.

“It’s now taking six to eight months to get a hearing for a simple non-payment of rent. When you wait eight months for a hearing, then they (tenants) get another 30 days to pay up, you can see how much money you’re losing. You never get that money back. If we don’t get satisfactory reform through this process, then class action will be the next process.”

Wilson says a lot of landlords are facing bankruptcy.

“They are losing their homes,” he said, adding its a big problem in North Bay, where he lives.

“Unfortunately, the people it affects the most are lower-income people…those on supplemented rents are having a very difficult time finding accommodation because there is no guarantee the rent will be paid. They have to change that law.”

Right now, if someone is on OSDP (Ontario Disability Support Program) the recipient of that disability payment can call their caseworkers and say “stop paying my landlord.”

“Then they get the money but don’t pass it on to the landlord,” explains Wilson.

“The good tenants that have an issue with a bad landlord have to wait far too long. Then the flip side is the majority of the landlords that are good but not getting their rent. How do they survive? It’s a business. These are monies that have been saved to help with retirement. Thes are ‘mom and pops’ small landlords. Some might have one door and some may have 20 or 40 doors. They are all small, not big corporations that have thousands and thousands of buildings. These guys hurt when they don’t get just one rent. It could be the difference between losing and just getting by.”

Marshall says landlords are frustrated and a lawsuit against the government is “very possible” if there is no resolution.

“I get a phone call about once every two months from someone who is on the verge of losing their property. So yes, I do see it happening, especially if something doesn’t happen during this spring legislature to approve and make the changes that need to be done.”

“What we’re seeing in some of these complaints is that delays have a very real human impact,”  Ombudsman Dubé said. “For example, when a landlord whose family relies on the rental income of a property has to go without that money for months before the LTB even schedules a hearing. Or when a tenant who has asked for repairs or is threatened with eviction has to live in limbo, waiting for the board’s decision.”

The investigation will focus on whether the government is taking adequate steps to address the delays and backlogged cases.

With files from Canadian Press.