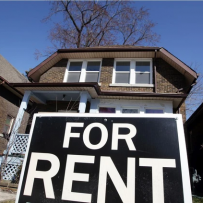 Local landlords are warning a rental licensing system would have dire consequences for themselves and their tenants, while doing nothing about the unsafe living conditions it’s meant to eradicate.

“They think it’s a waste of money and it’s going to put pressure on their tenants,” said lawyer Steven Pickard, speaking for the Windsor Landlord Association. It’s those tenants, he said Friday who will end up “unfairly” having to shoulder the cost of annual licences passed on to them in their rents.

“It’s just an extra layer of bureaucracy that (landlords) have to go through and it doesn’t do anything. The good landlords are already following the bylaws,” he said.

At Monday’s city council meeting, Pickard is scheduled to speak in opposition to council approving a licensing system to clamp down on substandard housing units. It’s been a controversial topic that council has grappled with several times over the years, most recently in 2018 when a narrow 5-4 vote defeated the idea and led instead to a pilot project involving beefed-up enforcement.

That pilot project had mixed results. A council majority now appears in favour of at least a two-year rental licensing pilot project in student-saturated Wards 1 and 2, covering the main campuses of St. Clair College and the University of Windsor.

Pickard said while the “good landlords” he represents already follow the rules when it comes to providing safe and legal accommodations, the bad landlords who pack a house with too many people, some in illegal basement rooms, certainly aren’t going to step forward to buy licences and open their doors to inspections.

“They are simply going to fly under the radar.”

The idea behind a licensing system is to have the licence fee pay the cost of regular inspections by building, electrical and fire officials. But Pickard said “100-per-cent recovery is never how it ends up,” that taxpayers will have to pay some of the cost. And whatever the landlords pay will be passed on to tenants.

“To achieve very, very little, they’re passing on costs to renters in the City of Windsor, who are the most vulnerable, who have the lowest income typically. They’re the people who can least afford to pay increases.”

But Marion Overholt, whose Legal Assistance of Windsor clinic helps many low-income people in landlord-tenant disputes, says a licensing system is essential in Windsor because of the shortage of decent affordable housing. People are so desperate they’ll take anything, she said.

“We better make sure the housing that is available is safe because it’s a basic need and people will put up with just incredible situations because they don’t have a choice and they’re vulnerable,” she said.

Overholt said landlords should see licensing as a basic cost of doing business. While she’d like it citywide, she’s confident a pilot project in Wards 1 and 2 will prove it works, paving the way for a citywide system.

“We know that failure to do that means tenants are going to continue to live in substandard housing and some of them are going to be at risk,” she said, recounting the 2016 death of University of Windsor student Andrew Kraayenbrink, 19, from a fire that ripped through a Rankin Avenue rental house shared by six students.

An Ontario Fire Marshal’s report concluded there was “no evidence” of a working smoke alarm near the front bedroom on the main floor and called this a contravention of a section of the Ontario Fire Code — something a fire inspection may have detected and required fixed.

“Licensing is not a penalty. Landlords are representing it as some sort of punishment. It is not,” said Mike Cardinal, who lives near the university and has been fighting for licensing of rental housing since 2012.

If you needed your car fixed, you’d want it done by a licensed mechanic, if you went to a restaurant you’d want to know it was being regularly inspected, Cardinal said.

“Now we’re going to do it in places our kids are sleeping in, and it’s not just a student issue,” he said. “Everyone deserves a safe place to live.”

Mayor Drew Dilkens and Ward 1 Coun. Fred Francis voted against licensing in 2018. Now they’re both on board for a pilot project. They’ve been working with Ward 2 Coun. Fabio Costante on a solution after years of complaints about substandard conditions in rental housing around the university.

The complaints about rental housing have intensified around St. Clair College in recent years, as enrolment surged and thousands of international students arrived, noted Francis.

“People have been living in their neighbourhoods 40, 50 years, and they’ve seen the change to more students, more rentals going in there,” he said. “So the goal of moving forward with the pilot project is ensuring those neighbourhood standards are met and kept to the city’s expectations.”

But Francis said he’s still not in favour of citywide licensing unless the pilot project proves it will work. He’s worried that there may be “unintended consequences,” such as higher rent for tenants, worsening the shortage of rental housing and good landlords being targeted while the bad ones go undetected.