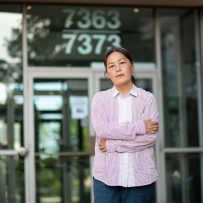 Becoming a landlord is not for the faint of heart.

The appeal is understandable: Ontario home prices have been jetting up for more than a decade and renting out your home or buying an investment condo can seem like a great way to cash in on the trend and supplement your income.

But while many succeed and become happy long-term landlords, others quickly run into trouble, finding only aggravation, frustration and financial woe.

The difficulties landlords can run into have only increased since the pandemic lockdown went into effect last March. Both tenants and small landlords lost their jobs in droves, new rules came into effect preventing evictions and Landlord and Tenant Board (LTB) hearings were suspended.

The resulting financial strain for many landlords and tenants has been heartbreaking.

Eleven months into the pandemic, many Ontario landlords are owed thousands of dollars in rent arrears and have no idea if they will ever collect from their tenants.

On top of that, some small scale landlords took advantage of mortgage deferrals to tide them over. Those deferrals expired Oct. 31, leaving landlords in precarious positions with mortgages to pay on their own homes as well as on rental units.

Eviction moratoriums have now been lifted and the suspension of LTB hearings has ended, but landlords with non-paying tenants can’t move back into their property or get new paying tenants until they secure an eviction notice — and LTB hearings can still be months away.

The Star talked to a couple of property owners who shared their stories of dealing with tenants who defaulted on rent payments during the pandemic, and what it took to finally get back into their homes.

Back in 2015, Linda Shao bought a one-bedroom condo in Markham with financial help from her parents. When her father, who lives in China, fell ill in May 2018, she decided to rent out her condo and fly there to be by his side.

Shao says things were fine for a while, but her tenant began missing rent payments last February. She returned to Toronto on Feb. 28 to find out why. The lease was set to expire in May, but Shao says the tenant continued to miss payments while occupying the unit.

Shao contacted the Landlord and Tenant Board, which was closed during the pandemic, to try to arrange for a hearing. Meanwhile she stayed with friends, and then rented a room in Newmarket while she waited for a hearing date. Finally she got one: But it wouldn’t take place until Oct. 6.

“Frustrated and depressed,” was how Shao describes the time she spent waiting for her hearing.

Shao, who did not qualify for the Canada Emergency Response Benefit (CERB), had to borrow money from her adult daughter to pay the mortgage on her condo for a few months.

Shao decided not to take advantage of the mortgage deferral because of the extra interest that would accumulate on her principal. She regrets that decision now because the financial stress caused her a lot of headaches.

The board dismissed her case because in the application the last month’s rent deposit was mistakenly added to the arrears, Shao said.

This past November, after Shao had not heard from the tenant for two weeks, she went to her condo to do an inspection.

She found that the power to the unit had been disconnected since the end of October. The tenant had stopped paying the utility bills. She found once-frozen food melting in the freezer.

Also most of the tenant’s belongings were packed up, and there was no bed. Shao believes her tenant had abandoned the unit.

Numerous attempts to contact the tenant by phone and email for comment for this story were not successful, but a person who answered the tenant’s phone said the tenant had returned to China in November.

On Nov. 21, Shao sent a notice to the tenant by email and text message, stating she believes the unit was abandoned. She did not hear back from her tenant. On Dec. 21, following the board’s guidelines of providing 30 days’ notice, she moved back into her condo.

Shao says she is still cleaning the apartment, but she is happy she doesn’t have to “waste money” to pay for another month of rent for her room in Newmarket. She is still trying to get the back rent she is owed for her Markham condo.

In 2018, John Fisher rented out his home in Melbourne, about 40 km west of London, Ont. He and his wife had decided to leave the country for a while to live on a sailboat in Grenada.

His wife had been diagnosed with cancer and did not have much time left. Her condition worsened and the couple was forced to return to Canada. She died in January 2020.

In addition to dealing with his grief, Fisher has been trying to regain access to his house.

On March 17, the day of the pandemic lockdown, Fisher asked his tenants to move out. Under Ontario’s regulations, landlords are able to ask tenants to move out of a property if they plan to live in it for at least one year. Landlords must give at least 60 days’ notice or, if the tenant signed a fixed-lease agreement, the move-out date needs to be after the end of the agreement.

“Why should I find a place to rent when I have a house?” Fisher said.

But Joy Klapko, his tenant, had no plans to move. She says she and her partner had an agreement with Fisher to buy the house after leasing it for five years.

“In the end, he told us our deal died with his wife,” she said.

Klapko said she and her partner (they parted ways during the events) both lost their jobs due to the lockdown, in March and in the first week of July, respectively.

They paid rent until May.

“My fiancé at the time lost his job and we were trying to find a new place. That’s mostly the reason,” Klapko said. While she was able to collect CERB for two months, her fiancé was not.

Fisher said he filed an N12, a notice to end a tenancy for the owner’s own use, on June 28. He said he was told his hearing would take place in June 2021. He filed a request for an urgent hearing on July 9 during the moratorium on evictions, and it was rejected.

While his tenants lived in the home and didn’t pay rent, Fisher shuffled between living in his sister’s place, his parents’ home, a friend’s place and out of his pickup truck.

Fisher said his father has a chronic lung disease and after the lockdown began, he could no longer stay at his parents’ house.

Frustrated, in October he asked a real estate agent to list his house as a “scare tactic” to encourage his tenants to leave. The ploy was not successful.

In November, Fisher told his tenants, “You’re not paying me rent so I’m just going to move in with you.”

Fisher left for Grenada on Nov. 23. When he returned on Dec. 7, Fisher told his tenants he would quarantine in the house.

His tenants were staying elsewhere but hadn’t moved their belongings. They had agreed to move out officially on Jan. 1.

They still owe thousands of dollars in rent arrears, which Fisher is going after, but he is doubtful he will ever see a penny of it.

Story by: The Star