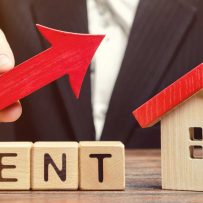 The executive director of the Residential Rental Association of P.E.I. wants to talk to the Island Regulatory and Appeals Commission about how it set the maximum allowable rent increase for 2022.

IRAC announced Tuesday that the increase would be one per cent for both heated and unheated units, but Cecil Villard said that doesn’t match up with current inflation.

“A one per cent increase in no way really responds to the costs that landlords will incur over the next year, when you consider that inflation is currently running at about three to four per cent,” said Villard.

“We require probably some conversations with IRAC to, one, better understand the process and, two, help them understand what the actual costs are going to be that operators will incur over the course of the next year.”

Villard said with inflation currently running around four per cent, landlords can expect a three per cent loss in the coming year.

‘They have their own formula’

The setting of the increase is particularly disappointing, he said, because it appears IRAC paid little attention to requested submissions from dozens of landlords regarding the costs they would be facing in the coming year.

“We shared all of that information with IRAC in anticipation that that would be taken into consideration,” said Villard.

“Obviously, that didn’t happen because they have their own formula, which brings into question why they had requested that we submit this information in the first place because it did require a considerable amount of time on the part of some landlords.”

The Residential Rental Association of P.E.I. recognizes that there is a housing crisis and is willing to work with all three levels of government to address it, he said.

Everyone knows there is a problem, said Villard, and what is required now is for everyone to sit down and work on solutions, rather than pointing fingers and spreading misinformation.