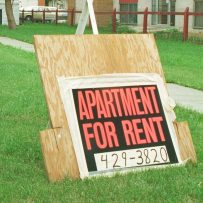 People are ‘losing their properties’ because of Landlord and Tenant Board hearing delays.

North Bay and area landlords are “losing and at risk of losing their properties,” Tricia Marshall claims.

The problem is it takes more than six months to get a hearing with the Landlord and Tenant Board, says Marshall, a member of the Affordable Housing Providers of Ontario and the Near North Landlords Association.

The number of adjudicators has dwindled to 24 for all of Ontario, while some have dual portfolios which also include Employment Insurance and family court, Marshall explains.

“These people are burning out,” she says. “They’re short staffed and tired. They say they’ll do everything they can to have a hearing within 25 business days, but it’s not happening. In fact, it’s taking six months.

“Meanwhile, these landlords aren’t being paid their rent and are forced to pay utilities and the mortgage.”

“The Landlord and Tenant Board process is broken,” says Ray Goulet, chairman of Affordable Housing Providers of Ontario. “It has lost its credibility to bring justice to both tenants and landlords in a timely manner and is, quite frankly, outdated.”

To deal with the backlog of cases, the group wants to automate simple applications through the Ministry of Municipal Affairs and Housing in which the tenant doesn’t want to dispute the facts, such as the non-payment of rent.

“This way, there’s no need for an adjudicator. Very few tenants argue about not paying their rent.

“If the ministry chooses not to implement an automated process for simple applications, it will continue to experience huge delays, less apartments and homes on the market for rent, and pandemonium is possible by frustrated tenants and landlords,” says Goulet.

Marshall says tenants are familiar with the situation and are taking advantage of the backlog.

“If some tenants get wind of this and they’re paying $1,000 per month for rent, someone who doesn’t have integrity would find it lucrative to not pay six months worth of rent before their hearing date,” she says. “Right now, there’s a very small population of people taking advantage. But they’re teaching others and showing them how the system works.”

Marshall believes the problem is going to “snowball.

“Next year, we’ll look at the numbers and I predict we will see a spike.”

As well, Marshall is concerned landlords will become so desperate they will take matters into their own hands.

“We’re hearing from a lot of people who are losing and at risk of losing their properties. These people are often retired and have taken their retirement funds and invested it in real estate,” she says. “That investment isn’t so good anymore.

“There is fear of anarchy.”

Landlord and Tenant Board hearing delays will be on the agenda when the landlords association holds its annual general meeting Dec. 11 at the Voyager Inn.