LANDLORD FRUSTRATED WITH SLOW PACE OF LTB DURING COVID 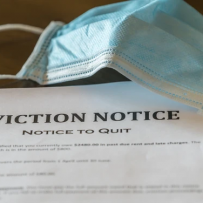 A Hamilton landlord who has 20 homes in his portfolio says about 25% of his tenants have “taken advantage” of the COVID situation in the past year by collecting the Canadian Emergency Response benefit (CERB) and not using it to pay rent.

David, who preferred that his last name not be used, said those who fail to pay know they can’t be evicted for non-payment of rent both because of edicts from the province and the painfully slow pace of hearings before the Landlord and Tenant Board (LTB).

The real estate investment company owner said most of his tenants have either paid their rent on time or took up his offer to pay sometime within the month due.

But there were those tenants “who saw an opportunity and jumped on it” not using their CERB money for the right intention.

David, who buys up homes in downtown Hamilton, renovates them and rents them out in the $2,500-a-month range, has one tenant family who hasn’t paid rent since last March. He said he’s texted, emailed, and went to the house a couple of times to try to reason with them.

While they gave him a “sad story,” he noticed a brand new big-screen TV in the house.

He says they haven’t paid their water bill or their rent, leaving him so far about $20,000 in the hole.

He’s tried to get a virtual hearing with the LTB for non-payment of rent since last April and hasn’t even been given a date yet. Two weeks ago, LTB officials said he’s eligible for an “accelerated” meeting date.

He said he’s yet to get that date.

Another tenant family, he said, collected CERB, didn’t pay their rent and “left of their own accord” at the end of August, leaving him with $16,000 in rent owing and $15,000 in damages. David said he’s since fixed up the house and rented it.

He figures he’s lost about $50,000 in rent in total during the last year, noting there’s no help for landlords and contends the LTB is skewed in favour of tenants.

David says the LTB went from hearing 30 cases a day, to shutting shop between March and July of last year. Before COVID, he’d get a hearing date within a week of applying for one and his case would be heard within about 45 days from the date he applied.

Besides the case outstanding since last April, he put in an application about another tenant a month ago and has not heard a word.

The virtual hearings he has been on are like a “gong show” — uncontrolled with dogs constantly barking in the background.

He said the LTB is lucky to get through 10 hearings in one day, compared to the 30 pre-COVID.

David feels the process is “broken” and COVID has become a “crutch” for the LTB.

Paralegal Kimberley Farrell told me last week she’s found the LTB has been slow and “very secretive” about what they’re processing, leaving people to deal with issues in their own way. Emergency hearings are almost impossible to get, she said.

I contacted the LTB for comment last Thursday morning. As of Tuesday afternoon I was informed that they needed until Wednesday to formulate a response.

It appears they don’t seem to be concerned about perpetuating the perception that they are painfully slow and inefficient, even when it comes to media requests.

Last August, it took them two days to respond to a request on another story.

Farrell said she wasn’t “surprised” with the delay on my request, adding that nobody seems to be “transparent” at the LTB.