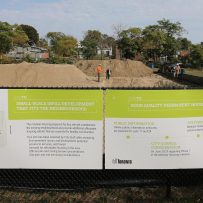 Minister’s zoning orders (MZOs) are getting a bad rap in the media these days. However, they remain a necessary tool because the development approvals process in some municipalities is much too slow. Projects can get stalled due to duplicative red tape or a bureaucratic logjam. Oftentimes, MZOs are simply the only way for a project to be moved forward.

Municipalities themselves have asked the province to step in and issue an MZO. Toronto, for example, sought one to speed up construction of two modular housing developments for the homeless. Caledon got one for a residential development, overriding a decision from Peel council to delay the plan. So, they serve a purpose in the right circumstances.MZOs are embedded in Section 47 of Ontario’s Planning Act and give the Minister of Municipal Affairs and Housing enhanced powers related to site plan control and inclusionary zoning.
An MZO prevails over any other zoning bylaw in effect in the area, giving the Minister complete authority to regulate land use on specific lands.
It is a critical tool that can be used to support and expedite the delivery of government priorities, including transit-oriented communities, affordable housing, and long-term care homes by removing potential barriers and approval delays.The real issue here is that municipalities are often slow in updating zoning to align with provincial land-use planning policy. This ultimately affects the speed of new housing supply coming to market. The province’s increasing deployment of MZOs is reflective of a systemic problem in the planning approvals process. The system, quite simply, is inefficient and needs to be modernized and digitized.

Going forward, we need the entire development and building approvals process to be online. However, we aren’t even close to that happening. Presently, there are numerous government agencies and ministries that all have their fingers in the pie, which only bogs down the approvals process.

As well, we have antiquated zoning rules that are not sufficient to address the densities we need in certain areas, especially around transit nodes. An inefficient site-plan approvals system further complicates the process.We need to digitize and streamline the development approvals process and get more affordable housing built faster. It can take several years to get through the labyrinth of development approvals in the province and put shovels in the ground to bring much-needed new housing supply to market. A standardized and digital approvals process would speed up the system.

A research and development project called One Ontario has taken on that challenge and is aiming to establish an electronic data exchange standard that will make the permitting process faster and more functional. It would certainly provide a big boost to our economy and increase the amount of housing that could be supplied.

A study done for RESCON last year indicated the GTA could see up to 100,700 additional housing units by 2040, with the City of Toronto seeing 21,100 additional units by 2025, if there was a reduction in delays to the approvals process by six months and a 10-percent increase in investment.We are not producing enough housing to meet demand. And with immigration numbers expected to run in the neighbourhood of 400,000 this year, it will only make the situation worse. The province must build 75,000 new homes per year to keep up with expected population growth over the next 24 years but is short about 12,000 units per year on average.

A report prepared recently by Ryerson University researchers noted that “seismic” reforms to land use regulation across the region are needed to deliver enough approved and services sites for a range of housing types.

The report also noted that with robust immigration, it is even more imperative for GTA municipalities to gear up quickly to bring serviced sites on to the market for a range of housing types to accommodate this growth as well as to assist existing low-income households with affordability issues.Until we find a better way forward, and a means of speeding up the approvals process, MZOs must remain an option to ensure that much-needed housing gets built and our economy keeps growing.