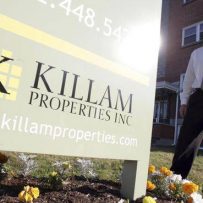 Killam Properties Inc. (TSX: KMP) is pleased to announce that it has closed four previously announced acquisitions in Ontario and Alberta. These assets increase Killam’s geographic diversification, with over 20% of Killam’s future net operating income now expected to be generated in Ontario and Alberta. The acquisitions were originally announced on November 10, 2014.

Increased Ownership Interest in Three Ontario Properties
Killam has acquired an additional 75% interest in 180 Mill Street (127 units, located in London), increasing the Company’s ownership to 100% in this property. Killam has also acquired an additional 25% interest in Kanata Lakes Apartments (146 units, located in Ottawa) and 1355 Silver Spear Road (199 units plus surplus land for approximately 110 additional units, located in Mississauga). Killam previously owned a 25% interest in each of these two properties. An affiliate of KingSett Capital Inc. (“KingSett”) and AIMCo Realty Investors LP, a limited partnership managed by Alberta Investment Management Corporation (“AIMCo”), has acquired the remaining 50% interest of each of these two properties.

Killam’s Ontario acquisitions, totaling $47.1 million, represent the end of Killam’s joint venture with Kuwait Finance House. The acquisitions were satisfied with existing mortgage debt of $27.6 million and cash on hand following the recently completed equity raise. The capitalization rate on the acquisitions is approximately 5.0%.

First Calgary Acquisition Completed
Killam has acquired a 50% interest in Grid 5 Apartments, a 307-unit building located in downtown Calgary, Alberta. The acquisition represents Killam’s entry into the Calgary apartment market. An affiliate of KingSett and AIMCo owns the remaining 50% interest.

The purchase price for Killam’s 50% interest in Grid 5 Apartments was $50.0 million, representing a capitalization rate of approximately 5.0%.  This purchase price was satisfied with new mortgage debt of $30.0 million, a private placement of $4.5 million in common shares at an issue price of $10.56, and cash on hand. 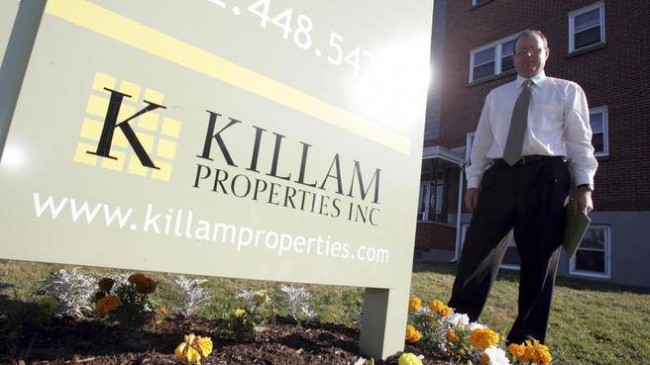 “We are pleased to have completed these four acquisitions so soon after closing our recent equity offering,” noted Philip Fraser, Killam’s President and CEO. “With these acquisitions, Killam has completed $160 million in acquisitions in 2014, our largest year of acquisitions since 2005.”

“We are also pleased to have expanded our relationship with KingSett and AIMCo to now hold four properties together and look forward to other opportunities in the future.”