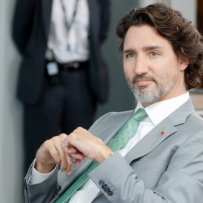 Political parties make promises in order to get votes but often don’t follow through.
As Justin Trudeau and the Liberals ask voters to back them once more, here are some of the broken promises that should make people think twice about trusting them again.

Canadians pay some of the highest rates for mobile phones and internet access in the developed world, so promising to cut rates for each by 25% in the 2019 campaign was a bold promise. But there has been no delivery.

Mobile phone providers have been given two years to lower rates on some government mandated plans that will only see some bills reduced. As for internet access, the government is backing a decision that will keep rates high by discouraging competition from smaller providers.

In 2019, the Liberals promised a national pharmacare plan, a drug agency to lower prices across the board and a rare disease drug strategy to lower costs. None of these promises have been fulfilled or acted on.

Trudeau famously promised that the 2015 election would be the last held under the first past the post system. Of course he shelved plans for a new voting system when the public and other parties chose a form of proportional representation rather than the ranked ballot system he wanted.

In both the 2015 and 2019 election campaigns, the Trudeau Liberals promised to make peacekeeping central to our military and foreign affairs efforts. It’s never happened. A small mission to Mali that was far less than the United Nations anticipated is all that transpired despite the grand boast of “Canada is back.”

As for military equipment, Trudeau has yet to whip out a replacement for our aging CF-18 fighter jets. He cancelled plans to buy the F-35 but six years later has no replacement in sight.

The budget it seems, will not balance itself. Trudeau promised to run just two years of deficits at $10 billion per year before returning to balance. Even before the pandemic drove spending through the roof, the Trudeau Liberals had jacked up spending to levels not seen outside of wartime spending. Canada’s debt has nearly doubled in the six years Trudeau has been in power and now stands at $1.1 trillion while growing at a rate of $17 million per hour.