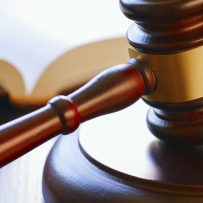 An Ontario Superior Court Judge has expressed his hope that legislative changes will be made to stop unscrupulous tenants from “gaming the system”.

The facts of the case are straightforward and rather appalling.

The tenant entered into an agreement to lease a condominium in downtown Toronto starting in September 2015. The rent for the first month cleared but the rent for October bounced. The tenant has not paid another cent since that time, although he continued to reside in the unit.

The landlord served a “Notice to End Tenancy Early for Non-Payment of Rent” on Oct. 16, 2015. On Nov. 19, 2015, the landlord filed an application with the Landlord and Tenant Board seeking an order to terminate the tenancy, payment of rental arrears and to evict the tenant from the unit.

The landlord’s application was heard on Jan. 4, 2016 (at which time the tenant was now four months in arrears of rent). The tenant consented to an order terminating the tenancy, requiring him to pay the rental arrears along with per diem compensation to the date of move out and costs. The order also provided that if the tenant had not moved out by Jan. 31, 2016 that the landlord could have the Sheriff evict the tenant.

The tenant did not pay any of the amounts ordered, nor did he move out of the unit. On Jan. 29, 2016, the last business day before the landlord could file the eviction papers with the Sheriff, the tenant initiated an appeal with the Ontario Divisional Court, which had the effect of staying any potential eviction proceedings.

The landlord was proactive and brought a motion to quash the appeal on a variety of grounds before it was heard on its merits. Even still, the landlord had to wait until April 14 for his hearing. The tenant did not file any responding materials nor did he attend the hearing, despite being explicitly directed to do so by the presiding judge.

The judge quashed the appeal, lifted the stay permitting the immediate eviction of the tenant and ordered the tenant to pay the landlord’s substantial indemnity costs.

What makes the tenant’s disgraceful conduct even more reprehensible is that he pulled a nearly identical stunt with his previous landlord. In that case, the tenant had rung up over $15,000 in rental arrears.

The tenant was found, in both cases, to be “gaming the system”. In the more recent case the presiding judge urged legislative changes to be made, and in particular urged the government to consider modifying the existing legislation to remove the automatic right to appeal decisions of the Landlord and Tenant Board and instead require that leave (permission) be granted before an appeal can be initiated.