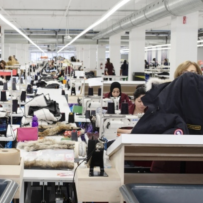 Canada’s labour market slipped after two straight months of strength, sending the currency lower and providing the Bank of Canada with more ammunition if it decides to cut interest rates at its next meeting.

The country lost 1,800 jobs in October, Statistics Canada said Friday in Ottawa, versus economist expectations for a 15,000 uptick in employment. It was the first month of job losses since July and comes on the heels of a 135,000 job gain over the prior two months. The unemployment rate held steady at 5.5 per cent.

While the Bank of Canada left the door open for a rate cut last week after citing ongoing trade tensions weighing on global growth, it’s held off from easing monetary policy in part because of strength in the labor market that’s driving household consumption. That view isn’t likely to be altered by one month of data, but could change if a pattern of a cooling jobs market emerges going forward. 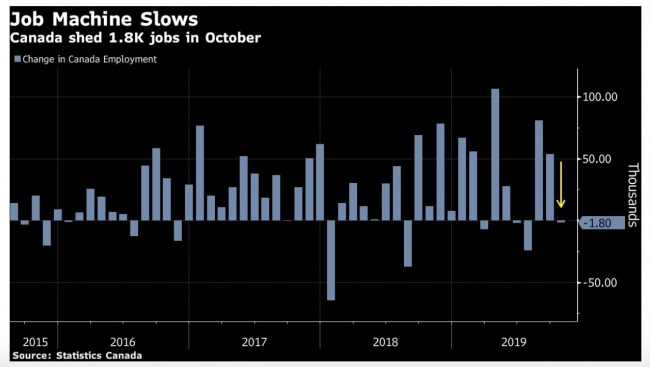 “The overall trend in employment is still respectable so I don’t think it will by itself push BOC to an immediate cut, but the risks are clearly rising,” Vassili Serebriakov, FX strategist at UBS Securities LLC, said by email.

The Canadian dollar dropped on the report, falling 0.3 per cent to $1.3170 per U.S. dollar at 11:03 a.m. in Toronto trading. Yields on Canadian two-year bonds were down nearly three basis points to 1.58 per cent.

Full-time positions fell by 16,100, while part-time increased 14,300. The unemployment rate held steady at 5.5%, matching the median forecast, and wage gains accelerated. Election-related hiring helped offset a some of the declines with the public-sector adding 28,700 jobs despite a drop in private-sector and self-employment. 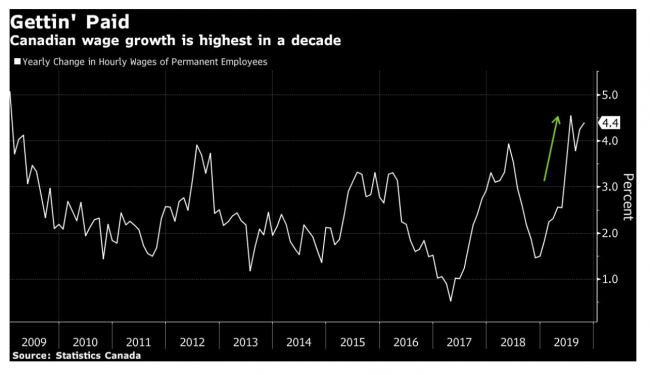 Friday’s jobs report was the second weak indicator of the week. Trade figures Tuesday were also disappointing, missing forecasts on lower exports. Markets have priced in a 24 per cent chance policy makers led by Governor Stephen Poloz will cut interest rates next month.

There were, however, bright spots in the October labor force survey. Wage gains for permanent employees quickened to 4.4 per cent on the year, a sign that tightness in the jobs market is boosting pay. Hours worked advanced 1.3 per cent from a year earlier, matching last month’s pace.

–With assistance from Erik Hertzberg.