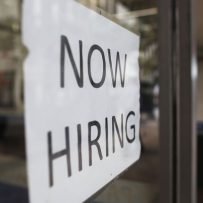 The number of job vacancies in Canada surpassed one million, a new record, in April, as the country’s labour market continued to heat up. Here’s what you need to know:

A number of sectors across the country had job vacancies rise, with the average vacancy rate, which measures the percentage of total positions that are unfilled, at 5.8 per cent.

In construction, vacant positions reached a new high of nearly 9,000, up more than 15 per cent from March and more than 43 per cent from April 2021. The statistics agency reported that the vacancy rate stood at 7.9 per cent in April, the highest monthly rate since it started providing comparable data in October 2020.

“The month-over-month increase was partly attributable to seasonal variations, as job vacancies typically trend up for most of the spring and summer months in this sector,” Statistics Canada said in its release.

Other sectors that experienced record high vacancies in April were professional, scientific and technical services (73,700); transportation and warehousing (52,000); finance and insurance (49,900); arts, entertainment and recreation (22,200); and real estate and rental and leasing (13,500).

The hotel and restaurant industry had the highest vacancy rate at almost 12 per cent, with employers seeking to fill 153,000 positions.

Close to two-thirds of all sectors experienced year-over-year increases in April, when inflation hit 6.8 per cent. Wages in retail climbed 11.7 per cent; professional, scientific and technical services were up nearly 10 per cent; and manufacturing increased more than eight per cent.

Across the country, average weekly earnings were $1,170 in April, essentially unchanged from the month before, but on a yearly basis, Canadians’ earnings rose four per cent.

What does it mean?

Rising vacancies and wages signal mounting inflationary pressures at a time when the Bank of Canada is wrangling to get it under control. The central bank has already embarked on an aggressive interest rate-hiking path, bringing the policy rate to 1.5 per cent in the past four months from a pandemic low of 0.25 per cent.

In April, Bank of Canada governor Tiff Macklem identified vacancies as an important indicator of whether the interest rate increases were working.

“What that means is you can slow demand, you can reduce that demand for labour, and that reduces those unfilled jobs without actually putting someone out of work,” he told reporters. “If we can slow demand and bring it back into balance with supply, and we do think we are going to get reasonably good supply growth, we can bring those two things into balance and have the economy growing and bring inflation into balance.”

Benjamin Tal, deputy chief economist at CIBC World Markets Inc., said the increase in wages and vacancies could be signalling a structural shift in the labour market.

In May, the consumer price index, a measure for inflation, increased to 7.7 per cent, and with wages increasing four per cent in April, both measures are outside the central bank’s inflation comfort zone of one to three per cent.

Until March, vacancies had been trending downward, but remained elevated. There is some seasonality at play since businesses such as restaurants and construction companies hire more staff for the summer.

“Before COVID, we had a significant mismatch in the labour market,” Tal said. “We had university-educated individuals serving coffee because they couldn’t find a job where they lived. Now, someone in Toronto can find a job in Alberta because of Zoom. There’s no one left to serve the coffee.”

As a result, business owners are having to increase wages to attract more workers.

“This means that wage inflation is a bit more structural, which means that interest rates will have to be higher for longer in order to deal with it,” Tal said.