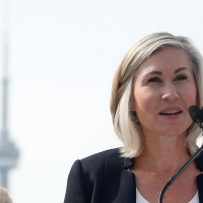 It is a bold idea, and it includes this wonderful round number, but let’s face it — this pledge is unrealistic.

First, even if she’s elected, along with other “ifs” (there are few details about her bold plan), there wouldn’t be a shovel hitting the ground for those units for at least five years — the timeline developers routinely face, or longer. So, if construction of those 100,000 units begins in 2023, will the plan be to build them all by 2028? Or will it take the full 10 years from 2023, to 2033?

Meanwhile, the housing situation will continue to get worse.

Secondly, let’s say construction on Keesmaat’s affordable homes begins after that five-year waiting period. By 2030, all new buildings will have to operate at net zero carbon, as per the C40 Cities agreement that Toronto signed on to recently in London with another 18 global cities (including Montreal, Vancouver, New York, Paris and Tokyo).

“Net zero” is sexy, but it would put the taxpayers — you and me — on the hook for homes that the Residential Construction Council of Ontario (RESCON) estimates would see construction costs rise by at least 15 per cent to perform at net-zero carbon standards. This gold plating beyond the building code would be far too costly relative to its benefits. More unnecessary costs and fewer units available would relegate those knocked out of the market to sub-standard housing.

We must focus first on helping a greater number of people, including millennials — a generation that we are failing — who struggle to get on the housing ladder.

And then there are renters — 59 per cent of those surveyed said they would “seriously consider” leaving the GTA for more affordable housing, according to Angus Reid poll results.

Condos cannot fill the gap, as the rental vacancy rate in Toronto hovers around one per cent (three per cent is considered healthy). But condos are not the same in terms of tenure and this, too, is not acceptable.

The region is suffering from dwindling housing supply. The only way you can solve supply issues is by adding to the supply and encouraging developments, some of which are stuck in approvals purgatory. This is why our latest report on streamlining the development approval process was released in July.

Government has proven incapable of fixing the housing crisis on its own, attempting to temper only demand — the industry stands ready to assist at any time.

One piece of advice: Toronto (representing Canada) can’t stay at 54th in the world for construction permitting, according to World Bank rankings, if Canada is to be a vibrant G7 nation.

But let’s get back to Jennifer Keesmaat. She’s certainly adding some colour to the election — there’s no questioning her star power with the media and public. She adds a positive element by bringing planning and transit together as it has never been done before. 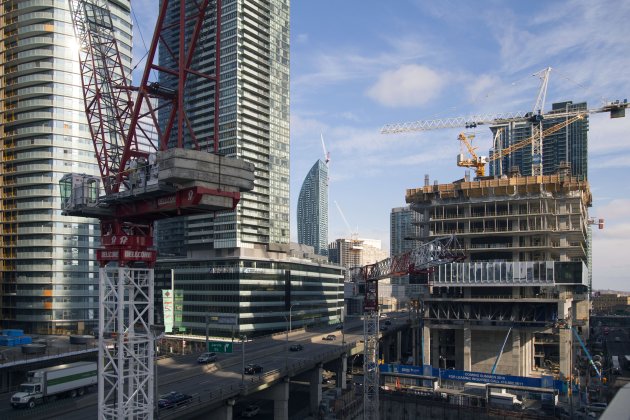 TORONTO, ON – DECEMBER 10:Seven construction cranes are busy across several construction sites in downtown Toronto including the excavation of a condo development at 10 York in the foreground and 1 York , on the right, slated for a future Target store. (Chris So/Toronto Star via Getty Images)

As a matter of fact, her transit priority — building the Relief Line before any other project — is bang on. It’s 50 years too late now, and it will be another 13 years too late when it is finally built (if the project meets the current timeline). This is the kind of relevant thinking we need more of in this province’s municipal elections.

But planning to roll out a 100,000-unit proposal without provisions for all of these issues? Housing affordability and supply solutions will require more comprehensive and realistic plans that will work.

(And yes, please use government land. Because a healthy, bustling economic powerhouse such as Toronto needs to stay that way for Ontario to move forward.)

Let’s keep moving forward so we can continue to build housing for more people, not create more barriers to housing production.