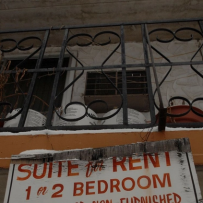 A long time ago when the Earth was green, Canada Mortgage and Housing Corp. (CMHC) provided twice-annual rental market reports for cities across Canada.

They didn’t come often enough, but it certainly beat the annual reports landlords, tenants, policymakers and housing authorities must now rely on. CMHC, let us note, is a federal Crown corporation providing mortgage insurance and various real estate market reports to the public.

It does manage to keep a close monthly eye on housing starts and gives us regular provincial market overviews. But trustworthy, relevant and timely rental market information is severely lacking.

As we have all learned (again) in the last nine months, economies can turn very quickly. The COVID-19 pandemic has hammered that home.

The last report on vacancy rates and rents came in January 2020, comparing October 2018 to October 2019. At the time, CMHC reported that vacancy rates fell from 8.3 to 5.7 per cent, and average rent for a two-bedroom apartment rose slightly from $1,110 to $1,129. That news at this point in the pandemic is so grossly outdated as to be completely useless to anyone, and I am not alone in thinking so.

“As of October 2020, CMHC is more than a year behind on providing updated rental market data for municipalities and provinces across the country,” wrote Ashleigh Mattern for the National Affordable Housing Corporation (NAHC), which is based in Saskatoon.

“The lack of information is having an impact on efforts to address housing needs and is disproportionately impacting some of the most vulnerable people in our society.”

Cam Choquette, executive officer of the Saskatchewan Landlords Association, says his organization views CMHC data with some skepticism, and mingles it with other reports and anecdotal landlord evidence to provide direction.

“The struggle with the 2019 results was they didn’t come until January 2020 … which made it harder for landlords to make data-driven decisions,” he said in an interview. “Part of the problem is the survey only (includes) units that are rental apartment structures that are three or more units. There’s a considerable part of the market that isn’t represented there.”

Duplexes and homes with basement suites make up a huge part of the Saskatoon rental market, but are not reflected in the CMHC report.

For that reason and others, Sharon Moormann, owner of Western Premium Property Management, described CMHC’s information as “100 per cent useless.” She also points to the 1990s condominium conversion surge, in which apartment buildings were renovated before the units were sold as condos. Today, she said, “a lot” of private investors are buying those buildings.

“Our market is being flooded in the lower end of things because those condos purchased to be owner-occupied are now being rented out,” she said. “That has changed the market completely. “The market is not the same but CMHC is doing exactly the same report. CMHC is not relevant in this market, in my opinion.”

Choquette thought the 5.7 per cent vacancy rate posited by CMHC even in a stronger market was low; it was likely closer to eight per cent. Now, the market has changed dramatically because of COVID-19.

For example, thousands of university students who would normally rent stayed home to study remotely. Many of those lived in residence, but many did not.

“A common area (for students) had a 100 per cent vacancy in May once school had finished for the summer, which isn’t normal because a lot of students will renew leases at the end of June,” he said.

Moormann, whose company offers a large proportion houses for rent, says the same number of people are moving in and out as in normal times — at least for now — but often for different reasons.

“When a market goes down, from experience, my clientele changes a little bit,” she said. “I get a lot more people separating and divorcing. We’re full of them right now. Guys are getting kicked out and renting basement suites. They don’t want to sign leases because they hope to go home; they might stay two years, they might stay a month.”

She has also seen a small COVID-related surge in student rental, “because parents who may have sent their kids into residence want nothing to do with common buildings.”

At present, Choquette said, it’s a renters’ market for one and two-bedroom apartments. Average rental rates reported by Rentals.ca were $900 and $1,000 respectively in October, down about 10 per cent year-over-year, and there’s plenty of supply. Three bedroom-plus properties are a different story. They’re in short supply and high demand by families, particularly in light of the COVID cocooning effect.

“One property management company put out a call for any three-bedrooms on the market because they had a waiting list,” he said.

None of this information can be gleaned by ancient CMHC data. This means tenants aren’t properly informed about vacancy rates and rents; landlords struggle to market and price — not to mention make decisions about improvements; and housing authorities/policy makers are left to feel about in the dark.

CMHC has warned that a grim housing market may be on the horizon. But any of us could have told them that, including Moormann.

“A crash is coming,” she said flatly.

CMHC must provide a COVID-era rental housing report and deliver it pronto. Furthermore, rental housing market data is crucial economic information for everyone and should be provided monthly. If CMHC can’t manage it, the responsibility should be shipped over to Statistics Canada.

Housing is the most important factor, after water and food, to living comfortably — or really, in winter, living at all — in Saskatchewan.