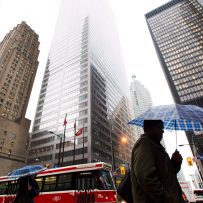 Toronto is currently the most constrained industrial market in North America.

Availability of industrial property across the country fell to a historically low level of 3.9 per cent in 2018, while supply tightened in eight of the 10 major commercial real estate markets, according to CBRE Group, Inc., the real estate services and investment firm.

However, strong demand for industrial space in Canada has led to a 47.1 per cent increase in construction activity, CBRE said.

The new facilities should ideally be located close to city highways and near population centres, which has compelled some markets such as Montreal to increase its transit capacity in a bid to attract more commercial operations.

Demand for e-commerce, food distribution and warehousing were leading factors driving demand for industrial real estate in the country.

“It’s no secret that e-commerce is driving a lot of activity globally. With the change in of how people are shopping, we’re seeing a shift in how retailers are running. We also see it in the food sector, which is showing investments in more effective distribution.” Dietl said.

Toronto is currently the most constrained industrial market in North America, sitting at a 2.2 per cent availability, thanks to its ideal location and demographics that appeal to both foreign and local companies.

Vancouver is North America’s second tightest market, with 2.4 per cent of industrial availability left. The average net asking lease rates on the West Coast city stood at $11.59 per square feet, a 33 per cent increase rate since the start of 2017.

While Vancouver and Toronto markets were tight, Calgary marked its sixth consecutive quarter of rising vacancy rates, due to low unemployment rates and lower economic activity. However, the rise of e-commerce and cannabis facilities across the province has led to new construction, to offset the oil-led downturn. As much as 3.5 million sq ft. of industrial space is at the construction stage to meet rising demand in those sectors, CBRE estimates.