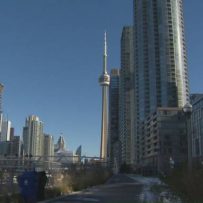 The City of Toronto has been mulling over the idea of a vacant home tax to help free up hoarded housing supply for years, and now that council has formally suggested and also approved the move, it looks like it’s going to be coming into effect sooner than investors might be ready for.

According to council, such a tax on tens of thousands of empty condos and houses could be in place by as soon as Jan. 1, 2022, with the city now preparing to move into a public consultation stage and planning how it will identify units that have been unused for at least six months of the previous year.

Though the tax is only slated to be around one per cent, it will mean more revenue for the city after the immeasurable blow of the pandemic, and will also hopefully help to dissuade at least some buyers from purchasing up usable housing as a profitable investment with no plans to actually live there or make the space available to renters.

As noted in a report being discussed by the mayor’s executive committee next week, the hope is that the tax will “address the housing market disparities between the lack of rental housing on one hand and readily available empty homes on the other, by encouraging the conversion of units that are being held vacant into ones that are occupied.”

And, even if it doesn’t nudge all wealthy investors into action, council believes it acts as a signal of sorts that “housing stock and supply is important for people as homes, and not primarily as a buy-hold speculative commodity without any public regulation.”

Vancouver is an often-employed example of Canadian city that has successfully imposed a levy on vacant units to pressure owners to rent or put their properties on the market if they, family or friends are not residing there.

The average price of a detached home in the city hit a whopping $1.75 million earlier this year, while the cost of a home of any size or type in general, on average, rose to an all-time high of $1,108,453 across the Toronto region last month. It would take the average person decades to save up for a home here, crushing the dream of home ownership for many.

Limited supply is just one of the factors in our hectic market that could be in part remedied by a vacant home tax as costs are expected to continue to soar in the coming years.

Preliminary surveys already suggest that such a change will inspire a good proportion of investors — more than two thirds — to sell.  Such buyers account for approximately 20 per cent of residential purchases across the country, moreso in urban centres such as Toronto than elsewhere.