IT COSTS $1,000 LESS TO RENT IN MONTREAL THAN IT DOES IN TORONTO. WHAT GIVES? 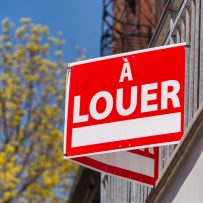 Struggling to keep up with surging rents? You might want to consider moving to Quebec.

The province is home to nine of the 10 cheapest Canadian cities for renters, according to a study by Point2, a real estate website owned by software company Yardi Systems Inc. Trois-Rivières, a city 138 kilometres northeast of Montreal, is the most affordable, with shelter costs averaging $676 per month.

Montreal, the country’s second-biggest city, comes in at No. 8, with monthly shelter costs for renters of $969.

For years, Canada’s housing affordability crisis was characterized by sky-high purchase prices. But as the real-estate market softens amid higher interest rates, it’s renters who are feeling the brunt of a problem that economist say is rooted in a lack of supply. The average cost to rent in the country has been climbing since spring 2021, surpassing $2,000 in November and December, according to a report by Rentals.ca. New data released by Statistics Canada on Jan. 17 showed rents are increasing faster than wages. 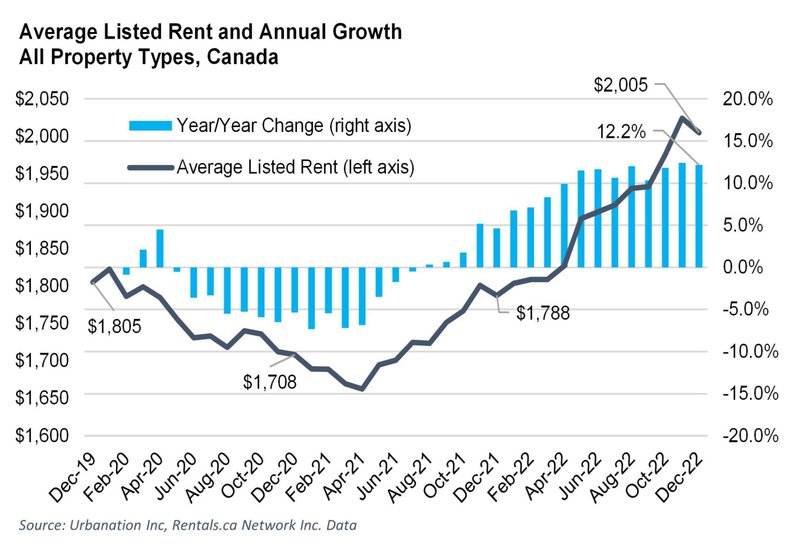 The squeeze is tighter depending on where you live. It is particularly acute in Toronto, Canada’s most expensive city, according to the 2022 Cost of Living survey by Mercer LLC, a consulting firm.

Young people in Toronto are among the hardest hit. They struggle to find affordable housing and often compete for rentals with middle-class people working downtown. The situation was so extreme this summer that someone tried to rent their “clean and quiet” hallway for $500 on FaceBook Marketplace, according to BlogTO.

“Students are being priced out, or they’re having to reside in some unsavoury conditions,” said Nemoy Lewis, assistant professor in the school of urban and regional planning at Toronto Metropolitan University.

Many families in Toronto find themselves spending more than half of their income on rent, said Lewis. “What happens to them in the long term is that they find themselves in very precarious positions,” he added. “You might have a family relying extensively on not just one food bank, but a number of different food banks. Or they’re borrowing money from family or friends. Or they’re dependent on predatory payday loan services in order to make ends meet.”

Meanwhile, renters in nine Quebec cities spend less than $1,000 a month on shelter, according to the Point2 report. These findings are echoed by Zumper Inc., which runs North America’s largest online rental platform. The site notes that the average rent for a one-bedroom apartment in Montreal is $1,500, compared with $2,300 in Toronto and $2,500 in Vancouver.

So, why is Quebec so cheap compared with Canada’s other big provinces? It’s complicated, said Stéphanie Lapierre, chief economist at the Quebec Professional Association of Real Estate Brokers, but tenant protection laws play a big role.

Quebec has always been a renters’ province, Statistics Canada observed in a September 2022 study on the housing market. More than half of residential construction built in Montreal between 2016 and 2021 was rental, the highest share among Canada’s three largest cities. (Only 43 per cent of new constructions in Toronto and Vancouver were rentals.)

In Ontario, Alberta, and British Columbia, landlords are permitted to ask for a deposit for security or rent, but a deposit of any kind is illegal in Quebec.

Quebec rental units are also subject to rent controls, which is part of the reason Quebec has the fewest households living in “core housing need” in Canada, according to the Statistics Canada study. (A household in core housing need lives in “an unsuitable, inadequate or unaffordable dwelling” and is unable to “afford alternative housing in their community.”)

Each year, the Quebec Rental Tribunal decides how much landlords can increase their rents. Last year, the range was between 1.28 per cent and 3.73 per cent, but the increases had to correspond to “actual expenses,” such as higher maintenance and energy costs, incurred by the landlord. (The 2023 rent increase has yet to be released.)

All properties in Quebec are subject to these price limits. It used to be that way in Ontario, too, up until 2018.

Ontario’s 2017 Rental Fairness Act used to apply rent control to all private residences in Ontario. But the act was unpopular with developers. They switched their focus to condos, where there was more money to be made.

Today, properties in Ontario that were first occupied on or after Nov. 15, 2018 are not rent controlled, so landlords can increase the rent as much as they want. (In both Quebec and Ontario, landlords are only allowed to increase once a year, and with several months’ notice.)

But shortages persist. “When you look outside your window in Toronto and you see all these cranes and all these buildings that are being built, you wouldn’t think that we have a housing problem,” said Lewis. “In fact, part of the problem is we’re building housing that is vastly unaffordable for many Canadians.”

Lately, tenant advocates have been taking aim at the Nov. 15, 2018 rule. It’s also a political issue. Jessica Bell, a New Democratic member of provincial parliament from Toronto, is calling for better protections for Ontario renters.

Back in 2018, advocates were concerned that dropping rent controls in Ontario would cause a “return to sky-high rents.” In reality, apart from a dip in rent prices in 2020 due to the pandemic, rents in Toronto are essentially the same as they were in 2018, according to historical data from Zumper.

Still, Toronto needs to build more affordable housing, Lewis said, which can only be accomplished if all levels of government co-operate on the issue, and “(recognize) housing as a human right,” treating housing not as a commodity, but “as a place to provide shelter against the elements.”

French is a ‘soft barrier’

Provincial rent controls aren’t the only factor putting upward pressure on rent prices in Toronto. Immigrants are drawn to Toronto for financial reasons. The city is Canada’s main economic centre, and thus the location of choice for firms’ head offices. Wages tend to be higher in Toronto than Montreal, said Lapierre. The median after-tax income was $65,500 in Montreal in 2020, compared with $85,000 in Toronto, according to Statistics Canada.

Quebecers also pay the highest income taxes in the country: 15 per cent on the first $45,000, roughly, compared with about five per cent in Ontario and British Columbia.

Language is probably a factor, too, said Lapierre. Most new arrivals to Canada are English-speaking and tend to choose Ontario, specifically Toronto, as their destination of choice. In 2016, 82.5 per cent of immigrants reported English as their preferred official language, according to Statistics Canada. Moving to Quebec, where French is the official language, is therefore less attractive.

Premier François Legault has said that he wants 100 per cent of economic immigrants to Quebec to be French speaking. This could mean that even fewer English immigrants will enter Quebec than before.

Montreal might be cheaper than Toronto, but that doesn’t mean it’s cheap. Rent in Canada’s second-biggest city is a lot more expensive than it was when 25-year-old Sydney Sue first moved from Toronto to study at McGill University in 2021. In Montreal, Sue was paying $850 per month including utilities, excluding internet, for a studio apartment in Montreal’s arts district. Now, the same apartment goes for about $1,200.

Montreal isn’t the beacon of affordability that it used to be. Despite the rent control increase limit of 3 per cent, prices in the city have instead risen 12 per cent compared to 2022, according to Zumper.

This might be due to the 150 per cent increase in “renovictions” across Quebec last year, according to the most recent eviction report by the Regroupement des comités logement et associations de locataires du Québec (RCLALQ). (Renovictions are where a landlord conducts major renovations during a lease changeover in order to raise the rent for the next tenant.)

“Be aware that a significant portion of forced evictions are malicious or fraudulent in nature,” Martin Blanchard, RCLALQ spokesperson said in a press release. “This is a scheme used by landlords to circumvent the law in order to dislodge tenants who refuse extravagant increases and make considerable profits.”

The fate of the Quebec market is largely dependent on whether the Bank of Canada continues to hike interest rates to try to cool inflation, said Lapierre.

Still, while the Toronto-Montreal price gap is narrowing, it is unlikely to disappear anytime soon, said Lapierre.

Lewis recommends that prospective renters, especially those coming from abroad, arm themselves with knowledge, familiarizing themselves with residential tenancy laws “to make sure they are aware of their rights and what landlords are allowed to do, what landlords are not allowed to do, or charge for, so they can be better protected within the system.”

Given the steadily rising prices, prospective tenants should also “try to save up as much as they can,” he said.