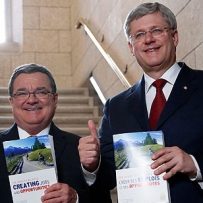 The mayors from Canada’s largest cities gathered in Ottawa last month to call on the federal government to pony up more cash for housing and infrastructure funding, while raising concerns about the decision by Canada Post to end urban home mail delivery.

Here are some of the highlights from the The New Building Canada Plan which provides $53 billion for provincial, territorial and municipal infrastructure.

Smaller communities across the country will now have access to the same predictable funds that large urban centres have enjoyed in the past, Prime Minister Stephen Harper said in Gormley, Ont., today as he unveiled the details of a much anticipated 10-year infrastructure plan.

“Provinces, territories, and municipalities will now have unprecedented access to predictable, sustainable, federal, infrastructure funds for a decade,” Harper said.

Starting March 31, Canada’s cities and provinces will be able to apply for federal funding under the New Building Canada Fund.

Under the $4 billion component, funding will not be allocated to provinces and territories but “will be determined by project merit, guided by federal priorities.”

The $10 billion fund will see $9 billion of that directed to national and regional projects, and $1 billion set aside exclusively for projects in small communities with under 100,000 residents.

Under the $10 billion component, the provinces and territories “will receive a base amount of $250 million plus a per capita allocation” over 10 years. 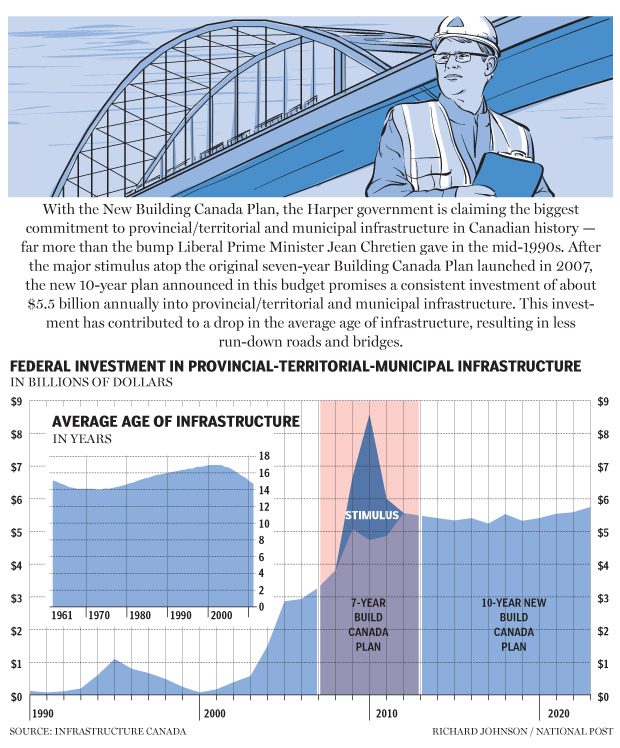 Budget money for parks and bridges, but cities have to wait

The federal budget has money for national parks and a few ongoing transportation projects, but municipalities eager to tap into a $14-billion federal fund for infrastructure projects over the next decade will have to wait a little longer for details on the application process.

Finance Minister Jim Flaherty outlined some specific transportation infrastructure projects, including more money for the Windsor-Detroit International crossing and to rehabilitate Montreal’s bridges, plus support for Atlantic ferries and to improve regional ports.
The budget also includes plans to provide Parks Canada $391.5 million over five years to make improvements to highways, bridges and dams in national parks and historic canals.

But municipal leaders had been eager for details of the $14-billion, 10-year Building Canada Fund so they can plan for the upcoming construction season and factor any funding into their own infrastructure projects.

The government would only say it was consulting with the Federation of Canadian Municipalities “to finalize the parameters” of the fund, and that it was committed to launching it by March 31.

Without the details, cities have had to wait to find out if projects are eligible before applying. But the federal government irked some municipal leaders last September, when Prime Minister Stephen Harper and Finance Minister Jim Flaherty pledged $660 million from the fund to Toronto for the extension of a subway line.

Millions for bridges and parks 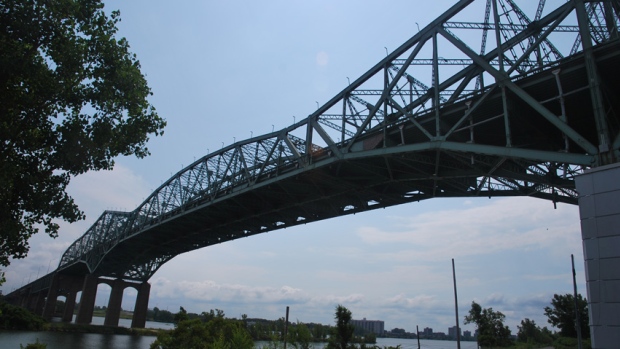 Outside of the fund, however, the government did outline a number of priority infrastructure projects, all of which would receive funding over two years, including:
• $470 million to support procurement and project delivery for the Windsor-Detroit International Crossing.
• $165 million to advance construction of a new bridge over the St. Lawrence to replace Champlain Bridge in Montreal.
• $378 million to repair and maintain federal bridges in the Greater Montreal Area.
• $58 million to support ferry services between Nova Scotia and New Brunswick, Nova Scotia and Prince Edward Island and Prince Edward Island and Quebec.
• $40 million to accelerate repair and maintenance work at small craft harbours across Canada.
• $33 million to support the divestiture of regional ports to local interests.
The $391.5 million for Parks Canada would be earmarked for a number of proposed projects, including paving and other repairs to the section of the Trans-Canada Highway which passes through Glacier National Park in British Columbia, as well as structural repairs to the Crow Bay Dam, which is part of the Trent-Severn Waterway in Ontario.
Other proposed investments focused on the country’s parks and recreation facilities outside the Parks Canada funding include:
• An additional $15 million for two years for the Recreational Fisheries Conservation Partnerships.
• $10 million over two years to improve and expand snowmobile and recreational trails across Canada.
• $3 million over three years to support the Earth Rangers Foundation.
• $200,000 in 2014-15 to study the feasibility of repairing the breakwater that connects Partridge Island to mainland New Brunswick.

Read the details of the New Building Canada Fund
http://www.infrastructure.gc.ca/plan/plan-eng.html

“We are concerned that high housing costs and transportation gridlock are preventing our cities from reaching their full potential.”

In an interview with CBC News Network’s Power & Politics, Ottawa Mayor Jim Watson said the federal minister did not promise any new money for housing and even conceded there was little she could do.

“She, quite frankly, said she’s not the finance minister, she’s not going to announce funding that we were looking for.” 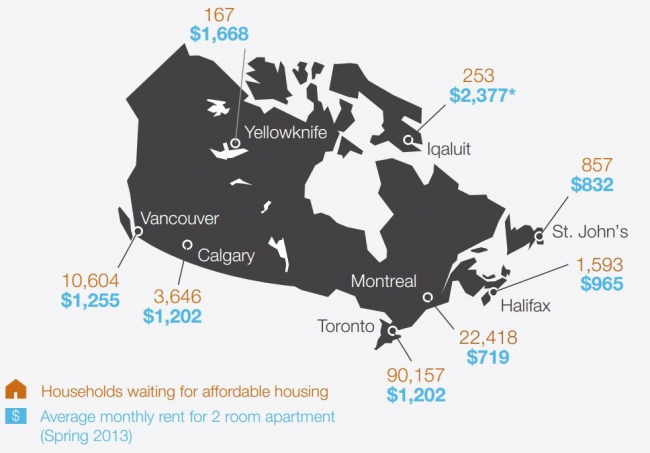 Bergen told the mayors that the federal government and the Canadian taxpayers are already doing their “fair share” on this issue, a source close to the discussions told CBC News.

A written statement sent to CBC News after Bergen’s meeting with the mayors said, “At the end of these agreements, the federal government will have fulfilled its commitments and the funding will end.”

“That is why Economic Action Plan 2014 confirmed that we will continue to work with provincial and territorial governments, municipalities, the FCM and other stakeholders at the community level to ensure that social housing helps those most in need achieve economic independence,” Bergen said in the written statement.