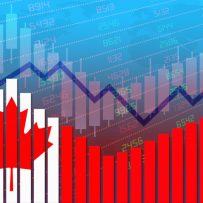 Inflation in Canada accelerated to the fastest pace since 2003, a political headache for Prime Minister Justin Trudeau only five days before an election.

The consumer price index rose 4.1 per cent in August from a year earlier, Statistics Canada reported Wednesday in Ottawa, marking the fifth consecutive month of inflation readings above the Bank of Canada’s 3 per cent cap. That’s the highest since March 2003, when it touched 4.2 per cent. Economists were predicting a yearly gain of 3.9 per cent. A surge in housing costs has been a key driver in annual inflation.

Although policy makers are likely to view price pressures as transitory, the report comes at an inopportune time for Trudeau, in the final days of a tight election battle. Affordability is a central campaign issue, and the main opposition Conservatives have been accusing the incumbent Liberal government of stoking inflation with debt-financed spending.

Gasoline and the homeowners’ replacement cost index– related to new home prices — were the largest upside contributors to annual inflation in August. The shelter index rose 14.3 per cent in August from a year earlier. That’s the largest yearly increase since 1987 and fourth consecutive month of double-digit price growth, the report said.

“I think because home prices have risen so quickly, now pushing more people into the rental market, we will see further upward pressure on rents through this year,” Sal Guatieri, senior economist at BMO Capital Markets, said in an interview on BNN Bloomberg Television. “That could keep the shelter component of CPI rising at a good clip and putting general upward pressure on inflation.”

Gas prices rose 32.5 per cent, largely because of lower production by oil-producing countries and artificially low prices last year when the pandemic shut down much of the economy.

The Canadian dollar was little changed after the report, trading at C$1.268 per U.S. dollar as of 8:48 a.m. The yield on benchmark 10-year Canada bonds jumped to 1.196 per cent as of 9:05 a.m. in Toronto, up about 3 basis points from where it stood immediately before the inflation report.

Bank of Canada Governor Tiff Macklem’s latest forecasts show inflation creeping up to 3.9 per cent in the third quarter. He has warned against overreacting to the  “temporary” spike that’s being driven by global supply-chain disruptions and pent-up demand for services as the economy reopens.

On a monthly basis, prices rose 0.2 per cent, compared with economist estimates of a 0.1 per cent gain. The monthly increase in August was driven by a sharp increase in the cost of airplane tickets and other travel-related expenses. That reflects the reopening of the Canadian economy throughout the summer months.

The average of core measures of inflation, often seen as a better measure of underlying price pressures, rose to an annual 2.57 per cent pace in August, the highest since 2009.