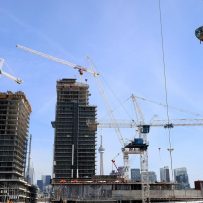 The City of Toronto is moving forward with proposed inclusionary zoning policies which have been released in draft form for public consultation. The purpose of inclusionary zoning is to increase the supply of affordable housing for low to moderate income households by establishing policies and by-laws to require a certain percentage of new development to contain affordable housing. The City’s proposed policies would be implemented within strong and moderate market areas that are limited to Protected Major Transit Station Areas, in accordance with Planning Act requirements. The City has prepared draft Official Plan and Zoning By-law Amendments (Amendments) which are intended to be adopted in the first half of 2021, in advance of the completion of the City’s Major Transit Station Area review in 2022.

The proposed Amendments include substantive changes to the definitions of “affordable rental housing” and “affordable rents,” “mid-range rents” and “affordable ownership housing,” which will have an impact on what is considered ‘affordable,’ for rents and home prices. The Amendments also include mapping delineating strong and moderate market areas of where inclusionary zoning by-laws can be implemented. Strong market areas are generally located south of the 401 and include Downtown Toronto, East York, York, south Etobicoke, south North York and southwest Scarborough. Moderate market areas are located in finite pockets located along Yonge Street between the 401 and Cummer Avenue and around the Dundas Street West, Bloor Street West, Kipling Avenue and Islington Avenue area. See link here to the proposed mapping.

The Amendments also indicate what percentage of a development is to be dedicated as affordable housing. Developers should anticipate that many desirable areas in the City of Toronto will be subject to inclusionary zoning by 2022. Projects that are subject to a complete zoning by-law amendment, site plan approval, minor variance or building permit application by January 1, 2022, will be exempt from the inclusionary zoning provisions.

As indicated previously and as part of an additional report to the Planning and Housing Committee, the City proposes to amend the definition of “affordable rental housing” and “affordable rents” which was previously based on the average market rent in the City of Toronto. The new definition will establish rents and corresponding household income ranges on an annual basis where the total monthly shelter cost is the least expensive of 100% of Average Mark Rent (as determined by CMHC) by unit type. The definition would establish affordability based on a set income percentile to ensure that housing does not cost more than 30% of income towards total monthly shelter costs. These income percentiles will be based on unit types for 1-3 person households. The proposed change is intended to establish affordable rents based on actual income data in the City of Toronto. To account for the gap between maximum rent in the proposed definition of affordable and average market rents, a new mid-range rent category is also proposed to ensure that rental replacements units are replaced within the same rent band. The definition of “affordable ownership housing” has also been defined based on income percentiles for ownership housing. The definitions of “affordable rental housing” and “affordable rents,” “mid-range rents” and “affordable ownership housing” can be found here.

Although the proposed transition clauses would allow complete applications filed before January 1, 2022 to be exempt from the inclusionary zoning requirements, developers should be mindful of current and future projects that will be subject to these policies to ensure that they are meeting the minimum affordable housing requirements. Interested persons should ensure that they make their views known prior to adoption, as the proposed Amendments do not require Ministerial approval and can be only appealed to the Local Planning Appeal Tribunal by the Minister of Municipal Affairs and Housing.

The proposed Official Plan and Zoning By-law Amendments can be found here. The draft Amendments and reports were considered at the Planning and Housing Committee on September 22nd, where the proposed recommendations were adopted with further amendments, as noted above. Staff were directed to conduct further analysis and consultation on the draft policies. The reports recommend that public consultation take place in the fall of 2020. The City anticipates that the Amendments will be brought forward to Council for adoption and consideration in the first half of 2021.