In Quebec, affordable housing is an increasingly important resource 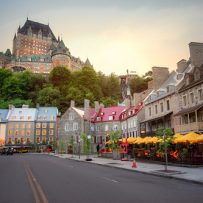 Affordable housing units have seen their importance particularly swell in Quebec, which has seen a marked increase in chronic homelessness over the past few years.

This was especially apparent among newcomers and immigrants, many of whom have taken refuge in shelters across the province.

Recently, Employment and Social Development Canada released the results of its “point-in-time” analysis of homelessness in 61 communities.

The survey found that around 14% of homeless people were newcomers to Canada. As much as 8% identified themselves as immigrants, while 3% were refugees and 4% were refugee claimants.

“Many of them are coming to Toronto in Ontario, and to Quebec, and in those communities, the rental market is just really tight and we just don’t have the capacity to house them,” according to Tim Richter, president of the Canadian Alliance to End Homelessness.

The federal government has pledged to relieve some of this strain, vowing with the Quebec government to commit nearly $175 million in affordable housing investments up to 2024.

The funds are intended to ensure a healthy supply of low-cost homes for the province’s most in-need segments. Of these, $172 million will be going to the Canada-Quebec Reaching Home Agreement, and the rest will be for the Agreement to Implement the Reaching Home Community Capacity and Innovation Funding Stream in Quebec.

“Every day, vulnerable Canadians are homeless or at risk of becoming homeless. That is why, with the Reaching Home agreement, we are establishing a program with the Government of Quebec that will provide communities with more flexibility and more resources to better meet the needs of Quebec’s most vulnerable people,” according to the Honourable Jean-Yves Duclos, Minister of Families, Children and Social Development.