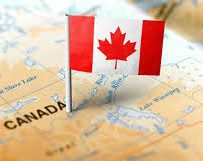 Disproportionate population distribution is causing economic and fiscal crises throughout Ontario, including in the Greater Toronto Area.

The GTA is home to 45% of Ontario’s population, yet received 77% of the province’s immigrants last year, which The Conference Board of Canada warns is overburdening the region’s infrastructure while leaving other census metropolitan areas looking skeletal.

The challenge, says Pedro Antunes, chief economist at The Conference Board of Canada—which released a report entitled Immigration Beyond the GTA: Toward an Ontario Immigration Strategy—has been convincing immigrants to choose some of these CMAs, many of which even have buoyant labour prospects.

“Toronto has diasporas that are much more attractive to new immigrants because they have local contacts and family that allow them to integrate into that market, so they favour the GTA more than other regions,” he said. “The reason to regionalize immigration is the demographical challenge all Ontario municipalities are facing with respect to population growth: In some CMAs, we see negative population growth. More importantly, it’s a challenge to grow their labour forces, and baby boomers are leaving the workforce and coming into their older years where they need more health care.”

“Ontario’s smaller CMAs outside of the GTA have been trying to attract more international immigrants for a decade without much success,” said Antunes. “In fact, their share has dropped.”

The current trend line bodes badly for the entire province, but especially for the GTA because quality of life will quickly diminish. Housing demand has vastly outpaced supply, resulting is rapid price escalation in the GTA, Canada’s largest CMA, and the Conference Board of Canada cautions curtailment is imperative.

“We need to inform immigrants that Ontario is a big province with lots of opportunities and labour markets outside of Toronto,” said Antunes. “Unemployment rates for immigrants are lower outside of the GTA. The most critical issues in order are employment, cost of living, quality of life and housing affordability.”

That sentiment is echoed by Claude Boiron, who’s concerned immigrants’ quality of life will suffer the most in the GTA.

“Many immigrants have the mentality that they are willing to suffer initially for a better life, but my concern is the amount of immigrants coming to the GTA will remain the same, yet their living standards will worsen,” said the real estate broker, author, university instructor and founder of Boiron Group. “It will become increasingly normal to put up with smaller and smaller living and working environments that deteriorate in safety and sanitation.”