Immigrant demand to fuel housing activity in the largest cities 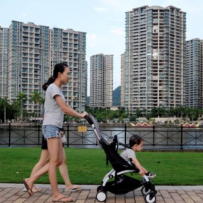 Immigrants, mostly young individuals and households, will account for a significant portion of renewed housing demand in Canada’s largest cities, according to RBC Economic Research.

The millennial influx will be especially important in light of the increasingly important role that the tech industry is plating in Canadian real estate. Considering the nation’s status as a world leader in innovation, a significant portion of the demographic is expected to work in the technology sector.

In 2018 alone, approximately 28,200 net non-permanent residents (mostly students and temporary workers) originated from overseas, and 3,800 net migrants moved from other parts of the country to Canada’s most active metropolitan markets.

“In total, Canada’s three largest cities saw a net inflow of 108,400 millennials from other countries and provinces last year. So for every net millennial lost to other cities in the same province, Vancouver, Toronto and Montreal collectively gained roughly eight net millennials from abroad or other parts of the country,” RBC stated in a recent study.

The analysis added that this inward movement more than offsets any market weakness, and even actually improves overall purchasing power due to the growing number of high-earning tech professionals.

And these markets can expect these pipelines to keep flowing for the foreseeable future, with the federal government’s stated commitment to step up its annual immigration target from 330,000 this year to 350,000 by 2021.

“All three cities benefit from thriving economies and cultural scenes. In our view, this will keep the net flow of young talented migrants strongly positive overall despite further growing losses of millennials to more affordable cities.”