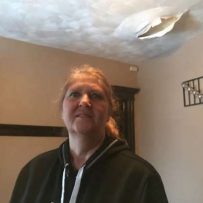 At the time, she received verbal confirmation that a tenant who caused more than $15,000 worth of water damage to two rental units after forgetting to turn off the tap would be evicted.

Due to a backlog within the LTB, however, Vieira says she’s still waiting to receive a sheriff’s notice that will allow her to formally evict her tenant from the premises.

Though the evicted tenant continues to pay rent, Vieira said she’s losing approximately $2,500 each month because she has two damaged apartments she can’t rent out.

There’s an increase in complaints about Landlord and Tenant Board, says MPP

A resident of Harrow, Vieira reached out to her MPP for help — and Essex NDP MPP Taras Natyshak said stories like Vieira’s are becoming more common.

“We’ve certainly been experiencing a higher volume of complaints from constituents about the Landlord and Tenant Board, as well as other types of boards and tribunals,” he said.

“There is, I would definitely say, a 50 per cent increase in calls that we’re receiving due to the Landlord Tenant Act and the various tribunals that are associated with it.”

Natyshak and Vieira have been in contact regarding the delayed eviction notice, and the Essex MPP has also made an effort to find answers for his constituent.

“The answer that frankly we’ve received from the administrative attorney general is that these are directly related to lack of staff and cutbacks that the government has made to these tribunals through the various ministries,” said Natyshak.

“The problem, as we see it, lays squarely at the feet of this current government, who has taken a reckless approach to cuts and the lacklustre approach to making sure that the appointments are in place to streamline the process.”

While Vieira, who rents out six units in total, continues to wait for a formal eviction notice, even tenants are having a tough time finding recourse through the LTB.

Lilian Bahgat, review counsel for Community Legal Aid in Windsor, said it can take several months to hear back from the LTB after a tenant has filed a grievance.

“I actually was looking over some of the files that we’ve had of recent times, and not only are the hearings being scheduled three or four months in advance, but once you show up on the hearing date … if you want to enter mediation, your matter doesn’t get heard and then it gets put over,” she said.

According to Marie Vieira, her tenant caused $15,000 worth of water damage after forgetting to turn off the tap.

Bahgat said she recently went before an LTB tribunal that had 40 items on the docket.

“We’re looking at matters we filed in August being heard now in January,” she said.

She added that long wait times for hearings are only half the problem.

“Another issue is, once the matter’s been heard, we’re waiting on orders that aren’t coming in,” said Bahgat. “We have only file where the client has actually filed a complaint with the ombudsman. Her matter was heard in August [and] we have yet to get her order.”

Bahgat explained that difficulties with the LTB are especially problematic for vulnerable tenants.

“A lot of times, their order is tied into what will happen next to their housing situation,” she said. “So if we’re bringing forth a repair and maintenance issue, until the landlord is ordered to repair it, they’re still living with the unit in its current condition, and there’s no way for us to enforce it without the order.”

CBC News reached out to the Landlord and Tenant Board on Friday for comment, but were told a response could only be provided after the weekend.

In an email, a spokesperson for the Office of the Ombudsman of Ontario — the agency responsible for investigating complaints against the provincial government — confirmed that the office “continues to receive complaints related to the LTB … and the investigation is ongoing.”

“Generally speaking, the ombudsman does not comment on ongoing investigations,” said Linda Williamson, director of communications for the Ontario Ombudsman.