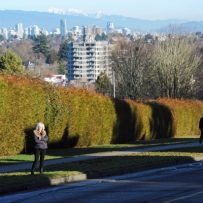 Two of the last big pieces of federal land in Vancouver, the vast Jericho military enclave and the RCMP’s old headquarters near Cambie and 33rd Avenue will become new residential neighbourhoods.

The federal government’s property arm, Canada Lands Company, has formed a joint partnership with three First Nations, the Musqueam, Squamish and Tsleil-Waututh nations, all members of the Coast Salish that had overlapping claims to the properties, some of Vancouver’s most valuable tracts of land.

Also unclear in the new deal is how the ownership structure of the lands may change and whether there will be provisions for long-term leases, outright home ownership or strata arrangements.

Chief Ian Campbell, an elected councillor and hereditary chief of the Squamish First Nation, said the First Nation partners aren’t considering adding the lands to their respective reserves and instead will work with Canada Lands and Vancouver to determine the best use.

“We will be seeking broad public consultation with the city and neighbours to determine the best and appropriate uses for the land,” he said.

Developers for years have been itching to get their hands on both Vancouver properties. The Jericho lands in West Point Grey about some of the priciest properties in the city, accompanied by stunning views of English Bay. The RCMP lands are strategically located next to the rapidly developing Cambie corridor, the route of the Canada Line.

But the overlapping claims of the three First Nations have long held up the disposition of the properties.

Campbell said a joint protocol agreement in which the three equally share benefits of any disposition of government lands has solved that issue. The protocol agreement is one of the lasting legacies of the 2010 Vancouver Winter Olympics, which saw four aboriginal groups, including the Lil’wat Nation of the Interior Salish, put aside traditional territorial claims and work together to leverage opportunities.

Under the deal announced Wednesday, the federal government sold the three properties to Canada Lands Company and the three Coast Salish nations for $307.2 million. The three nations receive $86 million of the company value as acknowledgement that Canada has satisfied its obligation to consult and accommodate on the issue of outstanding land claims on these properties.

The deal does not include a large block of provincially owned land adjacent to the Jericho garrison used for a private school.

Those involved in the deal would not speculate on the potential value of the developments once they are built. But in February a property appraiser and a realtor told The Vancouver Sun the combined federal and provincial lands at Jericho alone could be worth nearly $3 billion once developed.

The city has long eyed the Jericho and RCMP lands as potential residential districts. They anchor important parts of the Cambie corridor and the city’s Point Grey neighbourhood and eastern approaches to the University of British Columbia, and as such would likely be subject to infill development.

Jericho is nominally zoned for single-family residential, and the RCMP lands are zoned as “comprehensive development” for institutional development. 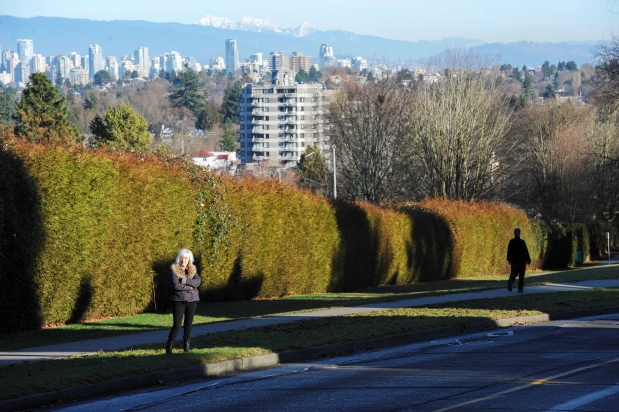 Brian Jackson, Vancouver’s planning director, said that beginning next year, the city will develop a council policy statement for each of the properties. He said it was too early to discuss final zoning, densities or height limits, but noted both properties act as important buffer zones. In the case of Cambie, it buffers adjacent single-family neighbourhoods from higher residential densities along the corridor. The Jericho lands are surrounded on two sides by single family residences, with Jericho Beach Park to the north and the Alma and Fourth Avenue commercial district to the east.

Campbell said the deal is remarkable in that it ends long-standing territorial disputes between the three nations.

“I think what is really exciting is that at one time the three First Nations would compete with each other for the scarce resources within our territories but now by coming together under the protocol agreement and with cooperation and collaboration we are able to achieve better results for our members.”

Campbell said none of First Nation partners are considering adding the lands to their respective reserves.

Canada Lands also sought to assure local residents, especially those in the West Point Grey area who have expressed concern the lands could house highrises and even a casino.

“There are no preconceived plans for these sites; the partners are starting with a blank slate,” Canada Lands said in a statement. “Consultations and engagement will begin, plans prepared, support and approvals sought, and finally the sites will be developed over a number of years.”

Robert Howald, executive vice-president of real estate at Canada Lands, said re-development will “meet the desire and needs of the municipalities and the local communities.”

Jackson said those statements are reassuring.

“I am happy that there has been an accommodation between the federal government and First Nations to move forward on these lands. I think this is very important for the First Nations, for the federal government and for the city because they are very, very important pieces of land,” Jackson said. “They are large enough that we have to look at their entire context to their neighbourhoods.”

Campbell said the three First Nations had been negotiating over the land since 2010. The recent Supreme Court of Canada decision involving the Tsilhqot’in did not have any bearing on the agreement but may help in future negotiations, he said.

“I believe that right now we are in an era of reconciliation between First Nations and Crown and a lot of that is resulting in recognition of aboriginal rights and title to our territories,” Campbell said.

For more than two decades the RCMP and Jericho lands have been bound up in overlapping land claims, while development has raged around them. Campbell said the deal is patterned after an accommodation agreement the federal government signed with the First Nations in 2013 over the $130 million sale of the Canada Post building in downtown Vancouver.

In April, the provincial government paid the three First Nations $24 million to cancel land claims on 27 properties in the Lower Mainland. It also sold the Musqueam and Tsleil-Waututh the 16-hectare Willingdon lands in Burnaby for $58 million in a deal partnered with Aquilini Investments, and the four-hectare liquor distribution branch lands in Vancouver to all three First Nations.

The federal Jericho lands house the 39th Brigade, the army reserve’s western command, as well as a number of other National Defence units and organizations, including the 12 Field Ambulance, the Canadian Forces Housing Agency and the B.C. Mainland Military Family Resource Centre.

About 100 military personnel and their families live in relatively low-cost Defence Department rental housing. They must find their own housing starting in 2017.

Jericho is also the temporary home of the Seaforth Highlanders, whose armory and adjacent lands are undergoing a $40.5 million refit that will include a new home for 39 Brigade.

The RCMP moved its headquarters recently to Surrey. The adjacent heritage-listed Tudor-style Fairmont Training Academy at Heather and 33rd Avenue will be retained, according to the new owners.