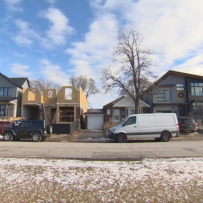 It’s getting to be a familiar sight in many of Toronto’s inner suburbs: construction crews hard at work adding second floors to post-war bungalows as homeowners try to add more space for growing families.

But affordable housing advocates are hoping the city can harness the reno boom to help fill the “missing middle” in the city’s housing stock by converting some of those single-family homes into multi-unit dwellings.

Builder Peter Lux, of Homes By Lux Inc., started in the home renovation business 16 years ago by adding a second floor to his own home — a post-war bungalow across from Blantyre Park in the Victoria Park and Kingston Road area.

“We moved into our bungalow, a young married couple with no children. By the third child we needed more space,” said Lux. “I did my own home as my first large project. Then people came to me asking to do theirs.”

That was in 2005. Now he’s renovated many of the houses that ring the park. It’s the way much of the housing stock of that era is being renewed and updated for a new generation of Toronto homeowners.

“This neighborhood was built in the late ’40s and you can imagine at that time there were young families and young kids running around and now we’re back to a new cycle with these new families and the parks are filled with kids,” Lux told CBC Toronto.

“The wartime bungalows are pretty small and we had three boys and obviously we’re running out of space,” said Aucoin. “Our decision was do we move out of the neighborhood or do we rebuild our house?”

While he admits the decision had its costs, Aucoin says his home is worth well over $2 million now.

“So it was a fairly good investment,” he said.

Frank Clayton, a senior research fellow at Ryerson University’s Centre for Urban Research and Land Use, says adding space to existing single-family homes is a good way to revitalize neighbourhoods.

“People are buying those bungalows and adding a second story instead of moving to Pickering or something, so I think that’s a good move because it keeps families in the city of Toronto.”

But with bungalows selling for more than $1 million now, before the costs of topping them up, Clayton says they are not in themselves the answer to the so-called missing middle: multi-unit dwellings like stacked townhouses, low-rise apartments and single family homes converted to multiple unit rentals.

Philip Kocev, a real estate broker and managing partner at iPro Realty Ltd., says if the city is going to harness the reno boom to build more affordable housing and boost density, it will have to eliminate barriers in the approval process that make it harder to develop multi-unit dwellings. He is a proponent of a city pilot project aimed at finding ways to make it easier to build housing for middle-income earners.

Kocev has proposed small-scale projects — triplexes and fourplexes — over the years and says the city’s approval processes and fees are barriers for these kinds of projects.

“Our lack of planning bylaws that support the missing middle, our bylaws are actually quite antiquated and they really do support single family development versus low rise multi unit residential,” he said.

Kocev, who has plans for a project in the Dundas Street East and Greenwood Avenue area, says the city treats small developers the same way as construction companies building condominiums.

“Once you create more than four units they categorize you the same as a big commercial development, so your committee of adjustment fees are higher. You’ve got to pay development fees so that makes it really difficult to create missing middle properties.”

Kocev spoke in support of the proposed pilot project in Beaches-East York that went before Toronto’s Planning and Housing Committee this week. If it goes ahead a test project will be built on city-owned land.

“It would be good for them to see first-hand what kinds of barriers there are.”