Will the condo bubble affect the rental market? 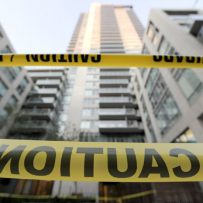 Canada’s rental market is on a downward slope but is not headed for a crash, a new report concludes.

The demand for rental units peaked nationally in 2012, according to an analysis that will be released Thursday by Canadian Imperial Bank of Commerce economist Benjamin Tal. Toronto hit its pinnacle in 2012, while Vancouver did so last year.

The large number of condos that are still being built in both of those cities will lead to an excess supply of rental units in the coming years, and will likely cause their condo vacancy rates to rise by 0.3 to 0.4 percentage points, Mr. Tal adds. The shift is significant considering that Toronto and Vancouver boast the lowest overall vacancy rates outside of Alberta. But it will not be enough to derail the housing markets in those cities or cause a sharp drop in rents, Mr. Tal predicts. 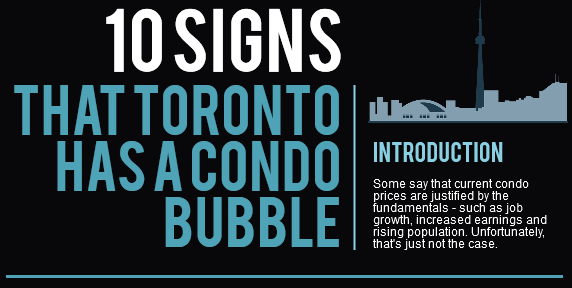 Economists and policy makers have worried that an “increased supply of rental units will flood the market and will lead to a wave of sales by disappointed investors with no bargaining power,” Mr. Tal writes in the report. The Bank of Canada highlighted concerns about the condo market in December when it outlined the key risks to the economy.

“A sharp correction in the condominium market could spread to other segments of the housing market with stretched valuations, as buyers and sellers adjust their expectations of the future path of house prices,” the central bank warned. “Such a correction could also have significant repercussions on the real economy, since the construction sector is an important component of economic activity.” 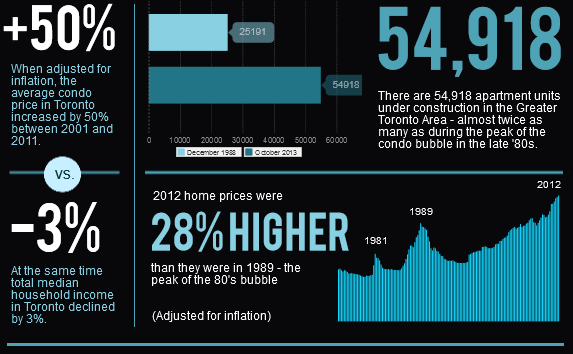 Mr. Tal says vacancy rates will probably rise in the coming few years and rent inflation will ease. “But a careful analysis of the magnitude of the projected supply/demand mismatch suggests a much gentler adjustment than feared by many,” he writes.

The Calgary area has a vacancy rate of 1 per cent, and Toronto and Vancouver are each at 1.7 per cent. The majority of Canadian cities, accounting for about 45 per cent of the population, have higher vacancy rates, stretching from 2.5 per cent in Winnipeg to 11.4 per cent in Saint John.

Mr. Tal estimates that the average number of people per rental unit in big cities last year was 2.1, down from 2.4 10 years earlier. The trend toward smaller families and one-person households has raised the demand for rental units by close to 10 per cent during the past decade. 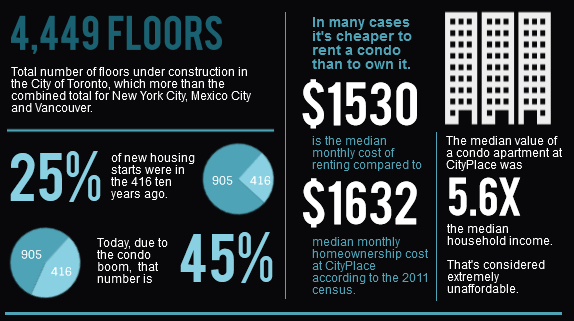 When you add it all up, the picture that emerges is of a market that reached its peak at a national level in 2012, and is now beginning a moderate decline, Mr. Tal says.

Vertias Investment Research analyst Ohad Lederer published a report in November arguing that Toronto’s rental market might be at an inflection point. “We believe recent claims of robust rental market increases should be taken with a grain of salt,” he wrote.

“In one possible scenario, the Toronto rental market may no longer absorb supply as it comes on stream, resulting in lower rents and increasing cash outflows for landlords, who then decide to sell, at first in a trickle and then in a thunderous herd,” he added. “In this scenario, condo prices could drop dramatically, given relatively small unit sizes that do not attract a wide segment of potential buyers and the already weak underlying fundamentals.”

Mr. Tal says the “real challenge for investors down the road won’t be falling rents, but rather higher financing or opportunity costs when mortgage rates eventually rise.