How Quebec came to rule Canadian real estate in 2018 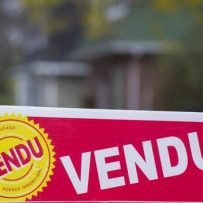 For residential real estate, 2018 was the year of Quebec. While housing markets lost steam in other parts of the country, Quebec’s market remained poised as sales and prices grew.

That was one of the takeaways from data released this week by the Canadian Real Estate Association (CREA), which presented a broad picture of resale  markets across Canada. The data also raised some interesting questions: For instance, in a year in which prices and sales declined in many regions, was it the average price that dropped or the price of the average house? Also, how has Quebec been able to avoid the declining trends?

Housing is a heterogeneous good. That means the size and type of houses sold in one year can differ from those sold a year earlier. A decline in housing prices, therefore, could mean that smaller or otherwise cheaper homes sold in 2018 than before. Let’s look at the housing markets in the greater Toronto area to understand this better.

The same index revealed that the prices in Greater Vancouver declined by 2.7 per cent but rose by 6 per cent in greater Montreal in December 2018.

The Montreal housing market is structurally different from the rest of the country. Low-rise multiplexes are the dominant housing type, and renters far outnumber owners in Montreal. The demand for townhouses and row housing is therefore greater in Montreal, which is reflected in a 9 per cent increase in their prices.

At the same time, compared with the prices in other large urban markets, housing prices in Montreal, Canada’s second-largest housing market, are significantly lower and have room for further appreciation. The average nominal house price in December 2018 was $394,000 in the Montreal Census Metropolitan Area compared with $750,000 in the greater Toronto area.

The stress test affected housing markets in three ways. First, a rational response to an impending new tax was to have some households advance their housing purchase to 2017. Thus, some sales that would have been realized in 2018 were advanced to 2017.

Second, some would not have qualified for any mortgage amount under the new regulation, resulting in forgone housing sales. The third impact does not affect the number of transactions, but the transaction price. The higher qualifying interest rate under the stress test lowered the loan amount, pushing demand toward relatively cheaper housing.

Thus, the combined impact of the stress tests is fewer transactions and lower average prices in 2018.

The 2018 sales data reveal that housing sales in Canada declined 11 per cent. The decline was led mostly by urban housing markets in B.C. and Ontario. Sales in 2018 were down 24.5 per cent in B.C. and 13.7 per cent in Ontario. The two provinces started 2018 weaker than before as they had already experienced other restrictive regulations including higher transfer taxes on non-resident (foreign or out of province) buyers and stricter rental controls.

The decline in average sale price and transactions consequently result in a decline of the total dollar volume aggregated over all sales. Whereas the buyers might appreciate the decline in prices, the same may not be true for local and provincial governments, which subsequently experience a decline in tax revenue from the land transfer taxes.

In Ontario, the total dollar volume of all residential sales in 2018 declined by 16 per cent to $108 billion — something that prompted the municipal authorities in Toronto, which levies a land transfer tax in addition to the one imposed by the province, to raise the alarm about an impending revenue shortfall expected to be $99 million.

Housing markets in 2019 will depend on the consumers’ ability to absorb the impact of the stress test and possible rate hikes expected in the second half of the year. Given how the housing markets have withstood significant regulatory changes in 2018, there are reasons to be cautiously optimistic for 2019.