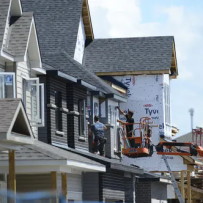 One of the most pressing issues for Canadians as the election campaign heats up is the soaring cost of housing. The Conservatives and NDP wasted no time in releasing platforms with promises to address the problem, using solutions largely targeting new home construction and favourable tax measures.
The Liberals haven’t been as quick to the draw in releasing a full-fledged party platform on housing. But after years of policies that real estate analysts and financial watchdogs say have failed to meaningfully move the needle, Prime Minister Justin Trudeau has plenty of work to do to convince priced-out younger Canadians that he can rein in runaway home prices.

Despite the absence of a clear-cut platform, the priorities laid out in the Liberal’s fiscal update earlier this year provide a road map to their approach on housing, chiefly its promise of $3.8 billion in funding for building and repairing 35,000 affordable housing units.

“Sadly, Canadians can’t live in Liberal announcements — they need the government to actually build the houses they promise,” NDP housing critic Jenny Kwan said on her website last week. “The Liberals keep proving that they’re all talk with no intention of taking action to make things better for everyday people. Canadians deserve better.”

The federal government’s budget also reiterated its plan to impose a one-per-cent national tax on vacant properties in order to tamp down speculative demand, an issue that was initially brought up as Trudeau took to the campaign trail in 2019.

The tax would be on the value of vacant residential real estate owned by non-resident, non-Canadian owners starting in 2022, potentially putting $700 million into the federal government’s revenues over four years.

The Liberals also brought in tougher mortgage stress test measures, requiring Canadian buyers applying for or renewing their mortgage to prove that they can shoulder a qualifying interest rate of 5.25 per cent.

The decision was made to keep Canadians from borrowing more than they can handle, but it also cut homebuyers’ purchasing power by up to five per cent.

At the time, RBC Economics senior economist Robert Hogue told the Financial Post that the tougher stress test wasn’t an immaterial change to the housing market, but he didn’t expect it to severely cool things down.

Housing prices have been swiftly climbing over the past few decades, putting homeownership out of reach for many young Canadians. Prices further escalated during the pandemic amid record low interest rates and the scramble for larger suburban homes that are more suitable for working from home.

Average national home prices hit an all-time high at $716,828 this past March, but have settled to a non-seasonally adjusted price of a little less than $662,000 in July, according to market data collected by the Canadian Real Estate Association (CREA).

In the report, CREA’s senior economist Shaun Cathcart said the slowdown in sales was unsurprising, since March prices were unsustainable, but affordability remains an issue.

“The problem of high housing demand amid low supply has not gone anywhere — it’s arguably worse,” he said. “And after years of everyone agreeing that medium-density housing was the future, we are still referring to it as the ‘missing’ middle.”

The Conservatives’ housing platform released this week includes pledges to build one million homes over the next three years, place a two-year ban on foreign real estate investors, and adjust the mortgage stress test in a way that benefits contractors, small-business owners and non-permanent employees.

The NDP, meanwhile, committed to creating 500,000 affordable housing units within 10 years, re-introducing 30-year CMHC-insured mortgages on entry-level homes, imposing a 20-per-cent tax on homes purchased by buyers who are not Canadian citizens or permanent residents, doubling the homebuyer’s tax credit to $1,500 and waiving the federal portion of GST/HST costs on constructing new affordable rental units.

Over their two terms in office, the Liberals have imposed a series of measures meant to combat soaring home prices, but they haven’t worked as expected.

For example, the Liberals in the 2015 campaign touted a platform that largely centred around constructing new rental housing, whether through direct financing or incentives.

They earmarked $20 billion for a 10-year social infrastructure investment program to build affordable housing and senior homes, and another $125 million a year in tax incentives to build and renovate rental housing. The platform also called for assessing whether some federal lands and buildings could be potentially repurposed for low-cost housing.

The Liberals in September 2019 launched the First-Time Home Buyer Incentive, promising $1.25 billion for the program over three years to help improve affordability for first-time homebuyers.

The program is run by Canada Mortgage and Housing Corp. (CMHC), which offers 10 per cent towards the down payment of a new home and five per cent for resale homes. The incentive is a shared-equity mortgage with the Government of Canada, meaning the government shares in both the upside and downside of the property’s value.

However, few Canadians have been able to qualify. Only 9,108 approved applicants had received the incentive as of Jan. 31, 2021, since its launch, according to figures tabled in Parliament in April, for a total of $170 million being disbursed.

The Liberals won a minority government in the 2019 Election with a platform of updated housing promises, such as expanding the First-Time Home Buyer Incentive for people in Victoria, Vancouver and Toronto and adding a one-per-cent tax on properties owned by non-resident, non-Canadian owners. There was also a swath of other measures such as interest-free loans up to $40,000 to retrofit properties and grants for citizens purchasing zero-emissions homes.

The Parliamentary Budget Officer (PBO) in a recent report said the federal government’s national housing strategy had a “limited” impact on the housing crisis in its first three years.

Budget officer Yves Giroux noted that was because of factors such as a 15 per cent decline in the real purchasing power of federal spending going towards housing programs, the end of bilateral agreements between the provinces and the CMHC on community housing support, and delays in CMHC’s capital contribution program.
Some real estate professionals also give the Liberals a poor rating for their approach to housing.

“Relatively poor,” is how John Pasalis, president of Realosophy Realty Inc., a Toronto-based real estate brokerage and data company, described the measures taken over the years.

“Aside from the acceleration in construction and purpose-built rentals, which is great, the fact is that house prices, at least resale prices, have skyrocketed in Canada under the Liberal government since 2015,” he said.

Pasalis said that accelerating immigration and population growth amid a supply constrained market certainly contributed to inflating house prices, and suggested that a party platform on housing should encourage more supply for Canadians looking to treat their homes like a home rather than an asset.

“At a broad level from the demand side, my feeling is that over time, the federal government should be looking at policies that perhaps make it a little bit harder for investors to be getting into the market and easier for end-users to get into the market,” he said “In some ways, the underwriting for investors should be a little bit tighter … and eventually ease of lending to first time borrowers. That’s kind of what I think we should be moving towards.”