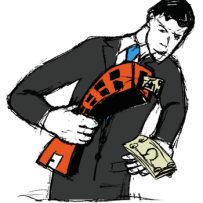 This is what you won’t hear: City councillors actually cause higher rents for tenants.  City councils impose the highest, most regressive tax rates in Canada on the lowest income residents. City councillors charge tenants two to three times more in property tax than homeowners.

Usually they get away with it.  This year we hope that they don’t.

Ontario is the only place in North America that, for some peculiar reason, tenants pay property taxes that are 2.5 times higher than homeowners.  And, for even stranger reasons, everyone has just accepted this as a fact of life in Ontario. They shouldn’t. The single biggest thing that can improve housing affordability is setting fair and equal tax rates for tenants. It can and should be done.

In most Canadian cities, property tax rates are the same for all residential properties…a house, townhome, condo or high-rise apartment.  In Ontario, cities and town have gotten away with taxing tenants as a separate class. The average Ontario tenant faces a property tax rate of 1.9% (of the assessed property value).  In contrast, the average homeowner in the province pays a tax rate of 0.7%.  That means that the average tenant faces a tax rate that is over 2.5 times higher than that faced by homeowners. 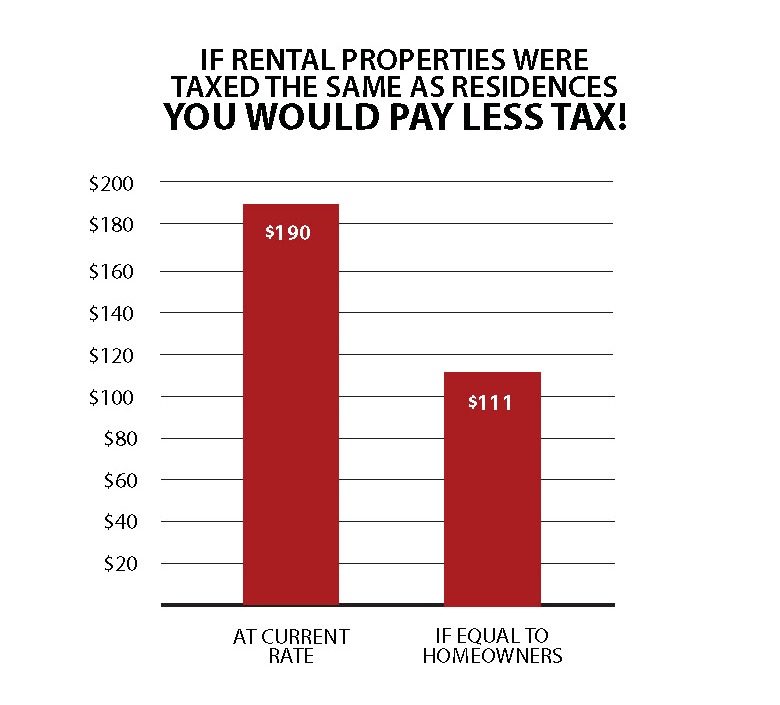 According to Statistics Canada, the average income for tenants is about half of what homeowners earn.  So, city councillors and mayors that decry the high cost of housing are not only causing the problem with unfair tax rates, they are being unfair to the lowest income households.

Tenants need to speak up about this issue. Provincial legislation strictly requires landlords to reduce rents if property taxes are reduced.  The benefit to tenants from fair tax rates would be swift and immediate.  If you are a tenant, think about this when you hand over your next rent cheque…that $200 of that is going to your city hall. And, that it should be about $80 less…if tax rates were fair. You don’t use more services than house or condo owners…so why should you pay more tax?  Why can’t cities in Ontario be fair like other Canadian cities?

Call and email your city councilor and Mayor.  Tell them you want fair property tax rates, and why. Share this with friends, family and other tenants.  In the 2014 municipal election, tell your candidates for council to stop ripping off renters. And don’t give them your vote if they don’t.