How Canadian investors are taking over Manhattan 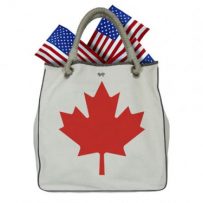 Despite the falling Loonie, Canadians have bought a record $3.8 billion worth of Manhattan real estate in 2015. Among their prizes: the largest private real estate development in U.S. history.

The country’s largest real estate investors have bought a record $3.85 billion in property this year in the New York city borough and spent more than any other foreign country in the last decade, according to data from Real Capital Analytics Inc.

The purchases by Canadian investors such as pension funds, insurers and asset managers are double the $1.97 billion bought in 2014 and have surpassed the previous peak of $2 billion in 2007. The investments include the headquarters of 21st Century Fox and Hudson Yards, the biggest private real estate development in U.S. history.

All dollar figures Canadian, except where indicated as U.S.

“Canadian investors — pension funds, private equity — are sitting on a pile of wealth that needs to be invested,” Jim Costello, senior vice-president of New York-based Real Capital, said in a telephone interview. They turn to Manhattan despite the high cost and competition because “there’s an understanding that there’s always somebody who wants to buy an asset in New York.”

Pension funds such as the Canada Pension Plan Investment Board, Caisse de Depot et Placement du Quebec and the Ontario Municipal Employees Retirement System, which have a combined $581 billion (Canadian) under management, have been among the most active investors in Manhattan. The funds, along with insurers, are looking for stable long-term returns amid slow growth in their home country and volatility globally.

Some of New York’s most iconic properties are owned by Canadians. The headquarters for Rupert Murdoch’s 21st Century Fox is co-owned by Ivanhoe Cambridge Inc., the real estate arm of the Caisse.

Oxford Properties Group Inc., a unit of OMERS, and its partner New York-based Related Cos. are developing Hudson Yards, 17 million square feet of commercial and residential space that includes five office towers and 5,000 residences, according to its website.

Canadians aren’t shying away from doing big deals. Ivanhoe was one of the parties behind the purchase of Manhattan’s 1095 Avenue of the Americas for $2.2 billion in January from the Blackstone Group LP, the largest transaction at the time for an entire U.S. office building since 2008.

The company is the largest single foreign buyer of Manhattan real estate over the last 10 years with about $7 billion ($5.3 billion U.S.) invested, the data from Real Capital through Sept. 23 show.

That outstrips its nearest peers, Norway’s sovereign-wealth fund and the Qatar Investment Authority, which deployed $4.9 billion and $4.5 billion, respectively, over the same period. In terms of countries, the Canadians were followed by United Arab Emirates, China and Israel as the largest buyers of Manhattan property over the decade, the data show.

“Manhattan is a very liquid market,” Arthur Lloyd, an executive vice-president at Ivanhoe North America, said in an email. The city carries greater potential for growth in rent and operating income than other cities while being resilient in downturns, he said.

“It is the most competitive market in the country,” Ted Willcocks, global head of asset management for Manulife’s real estate team, said in an interview at the firm’s Toronto office. “It’s attracting phenomenal sources of capital — both foreign and domestic.”