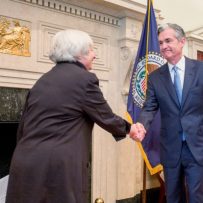 In a few hours we’ll know for sure, but it seems like a foregone conclusion that Janet Yellen will use her last monetary policy news conference as chair of the U.S. Federal Reserve to raise interest rates.

And even though Bank of Canada governor Stephen Poloz decided to hold Canadian rates steady at one per cent last time around, there is no way Canadians can escape the impact of Yellen’s actions.

According to most expert commentary, the biggest surprise would be if the outgoing Fed chair failed to raise rates at all.

The most recent Canadian policy statement seemed to play down the prospects of an imminent increase that neither the government nor many overborrowed Canadians would like to see. But according to economist Louis-Philippe Rochon, rising U.S. rates will give Poloz permission to hike.

“Poloz is looking to raise rates, but there’s always some political backlash, some popular backlash,” says Rochon, co-editor of the book series New Directions in Post-Keynesian Economics and economics professor at Laurentian University. “This is just going to give him the ammunition.”

But a single rate rise either here or in the U.S. may not be the most important thing Yellen talks about today. 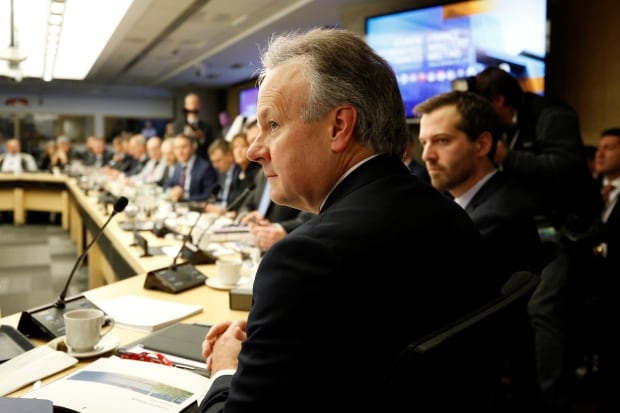 Bank of Canada governor Stephen Poloz is likely to follow the lead of the Federal Reserve as it raises rates. ‘You know, the Bank of Canada is in a tight spot,’ says economist Louis-Philippe Rochon. (Chris Wattie/Reuters)

With the U.S. economy cranking out jobs and stock markets on a tear after congressional tax cuts, many experts are watching what the U.S. central bank chief says about how many more interest rate increases there will be in the coming year.

Most expect three quarter-point rate hikes in 2018. Others say it could be four. A few have suggested more.

In a tight spot

In any case, keeping up with the Fed could put a strain on the Canadian economy.

“You know, the Bank of Canada is in a tight spot,” says Rochon. “The biggest constraint on the Bank of Canada right now is the high debt levels of Canadians. You raise those rates a third time, a fourth time, a fifth time and that’s going to have a real drag on the economy.”

In two economies so closely connected, changes affecting the bigger of the two will flow over the border, says Constance Smith, an economics professor at the University of Alberta who used to work at the Bank of Canada. 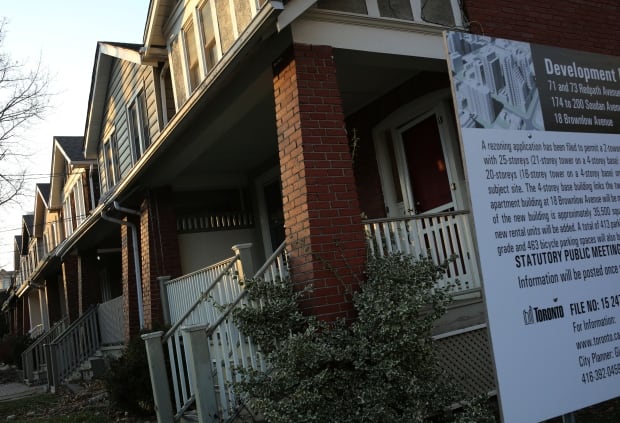 Record high Canadian debt levels are a problem for the Bank of Canada, since higher interest rates will have a disproportionate effect on the economy. (Chris Helgren/Reuters)

“Actually Steve Poloz did say in his statement that we can expect rates to go up in Canada,” said Smith. “The unemployment rate is at 5.9 per cent and it hasn’t been that low in almost 10 years, so it’s not like it would be so surprising to have the interest rate go up.”

Inevitably, she says, that means a restraint on the amount of debt people will be willing or able to carry.

“Rates tend to go up in Canada following a rate rise in the U.S.,” says Smith. “I suspect that people are going to potentially borrow less and maybe there’ll be fewer mortgages, that kind of thing. Canadians do have a lot of debt at the moment so maybe that’s not necessarily all a bad thing.”

As Poloz has repeatedly said, the need for rate increases is a sign the economy is growing stronger.

If Yellen raises rates and reiterates the Fed’s forecast of more increases to come, one of the first things Canadians will notice is a relative decline in the Canadian dollar, says economist Eddy Ng, a professor at Dalhousie’s Rowe School of Business.

New hand on the tiller

By stimulating Canadian exports, discouraging travel abroad while encouraging U.S. visitors, a higher U.S. dollar will stimulate the Canadian economy. Of course, that’s just one more way the economic effects of a U.S. hike ooze across the border.

Although Canada has the strongest growth rates in the G7, Ng believes economic growth is precarious as we wait to find out whether conflict over the North American Free Trade Agreement can be resolved. He says this may not be the time for the Bank of Canada to mirror the U.S. rate rise.

But perhaps some of the things Yellen says today won’t matter.

Ng is suspicious that a policy of further rate rises outlined in Yellen’s speech may not be fulfilled under her replacement, former investment banker Jerome Powell, who was appointed just last month by President Donald Trump. 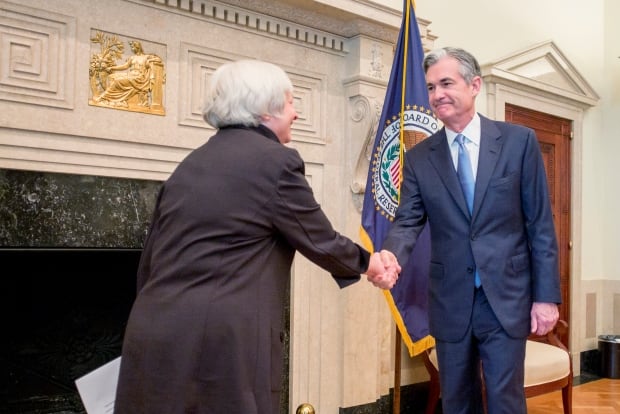 Yellen greets her replacement, Fed governor and former investment banker Jerome Powell. He may not be as independent from the White House, says economist Eddy Ng. (Reuters/U.S. Federal Reserve)

Ng doesn’t see Powell as being as independent as Yellen. And with Trump able to make five more appointments to the Fed’s seven-person board of governors, the central bank balance of power could change.

“The next person’s going to be much more influenced by what the White House wants,” says Ng. “I don’t expect to see a high degree of independence there.”

Many boosters of central bank independence, including Yellen, have warned about the long-term dangers of kowtowing to politicians. But keeping rates down could have a positive effect on economic growth in the coming year.

As well as taking pressure off Poloz to raise rates so quickly, thus giving Canadian borrowers a break, a slower increase by the Fed could push the U.S. economy to new heights, helping to fulfil Trump’s election promises.

“I don’t see a rapid rate increase, at least in the short term, because they need to keep the momentum sustained,” says Ng.