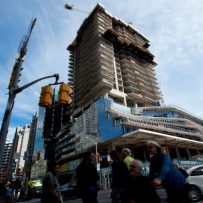 Canadian housing starts rose 12 per cent in August to the highest level since September 2012 as Toronto condominium and rental apartment construction surged.

Housing starts rallied to 216,924 units at a seasonally adjusted annual pace from a revised 193,253 units in July, Ottawa-based Canada Mortgage & Housing Corp. said in a statement. That beat the 190,500 median forecast of 16 economists in a Bloomberg News survey.

Starts in Ontario’s urban areas almost doubled, jumping 89 per cent to 92,422 units in the month, while multi-unit starts rose to 142,927 across Canada, the highest since April 2012. 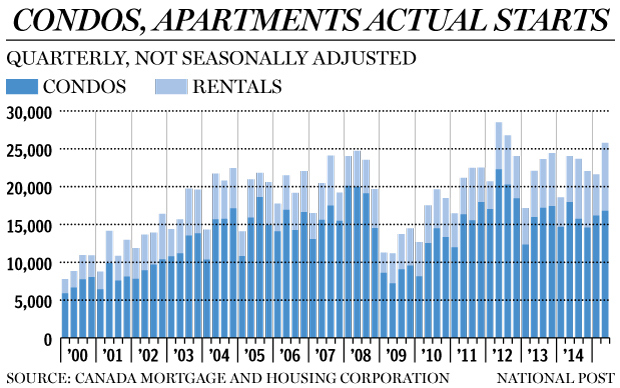 Housing starts are “supported by strong condominium activity in Toronto,” Bob Dugan, the agency’s chief economist said in the statement. This supports CMHC’s forecast that demand is shifting “from new higher-priced single-detached homes towards lower-priced alternatives,” he said.

The increase in starts reverses a decline in July amid continued low interest rates and demand for living in urban centres. The housing market is a bright spot in the economy of a country with two straight quarters of contraction.

Cities led growth in the month compared with the more muted 1.4 per cent gain in single family detached homes. Construction in Alberta and Saskatchewan, sideswiped by the oil price slump, has started to slow. 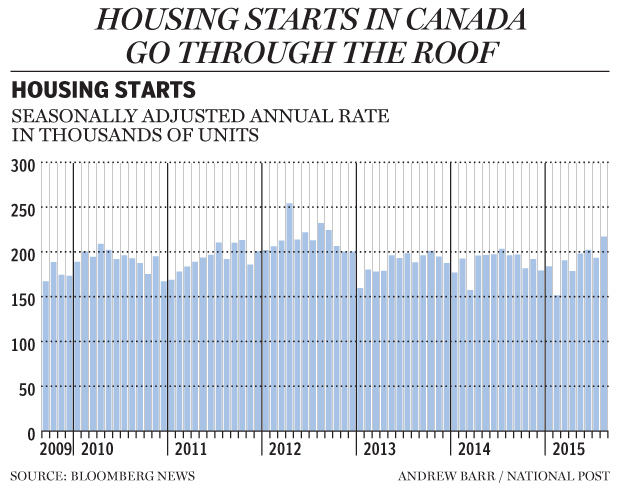