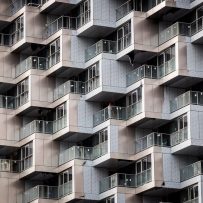 The pace of housing starts in Canada picked up in April as they rose more than 20 per cent compared with March, fuelled by the start of work on new multi-unit projects such as condominiums, apartments and townhouses.

Canada Mortgage and Housing Corp. said Wednesday the seasonally adjusted annual rate of housing starts increased to 235,460 units in April, up 22.6 per cent from 191,981 in March.

Economists had expected an annual pace of 196,400, according to Thomson Reuters Eikon.

“Although the Canadian housing market slowed at the start of the year, the latest data suggest the downward momentum has stabilized and could even be picking up again,” Thiagamoorthy wrote in a report.

The overall increase in the pace of housing starts comes as the annual pace of urban multiple-unit projects such as condominiums, apartments and townhouses increased 29.6 per cent to 175,732 in April.

“Signs of stabilization in at least some major resale markets and ongoing strength in homebuilding — particularly the multi-unit segment — suggest the housing sector is shifting to a more neutral force in Canada’s economy after acting as a sizable drag last year,” wrote Josh Nye, a senior economist at Royal Bank.

The growth in the pace of housing starts was helped by the strength of starts of multi-unit projects in Ontario, B.C. and Alberta.

Compared with March, the overall pace of starts in Ontario were up 46 per cent, while B.C. gained 51 per cent and Alberta improved 36 per cent.

Rural starts were estimated at a seasonally adjusted annual rate of 15,073 units.

The six-month moving average of the monthly seasonally adjusted annual rates was 206,103 in April, up from 202,420 in March.