Housing Sales Drop Most Since 2012 After Canada Tightens Mortgages 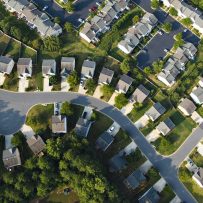 Canadian home sales in November recorded their biggest decline since 2012, suggesting recent efforts by the federal government to cool the nation’s housing market is having an impact.

“The government’s newly tightened mortgage regulations have dampened a wide swath of housing markets, including places not targeted directly by the government’s latest regulatory measures,” Cliff Iverson, the association’s president, said in the statement.

The decline in activity was driven by a sharp fall in British Columbia, falling 3.4 percent in Vancouver. Sales in Toronto were down 2.4 percent.

Still, the average sales price of a home sold in Canada last month was up 2.3, including gains in Vancouver and Toronto.