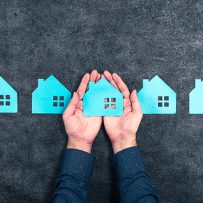 The Canada Mortgage and Housing Corporation, in collaboration with Statistics Canada, is releasing today the core housing need figures from the 2016 Census. Data indicate that the proportion of Canadian households in housing need has remained stable since 2006. In 2016, the rate of core housing need in Canada stood at 12.7%, representing 1.7M households. 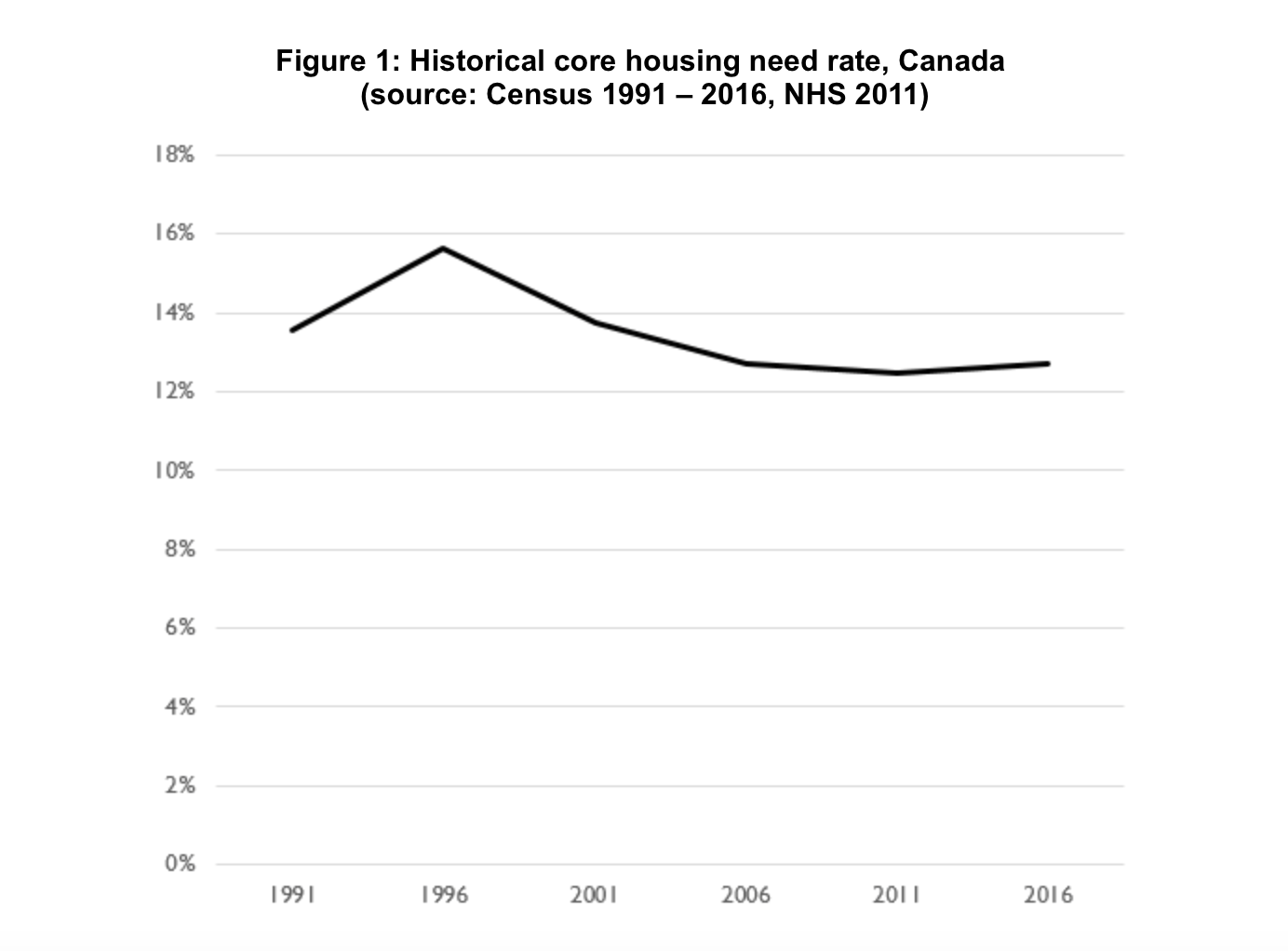 Core housing need is the indicator used in Canada1 to identify households not living in, and not able to access, acceptable housing. It describes households living in dwellings considered inadequate in condition, not suitable in size, and unaffordable.

A household is in core housing need if its housing is unsuitable, inadequate or unaffordable, and if its income is such that it cannot afford alternative4 housing in the local market. 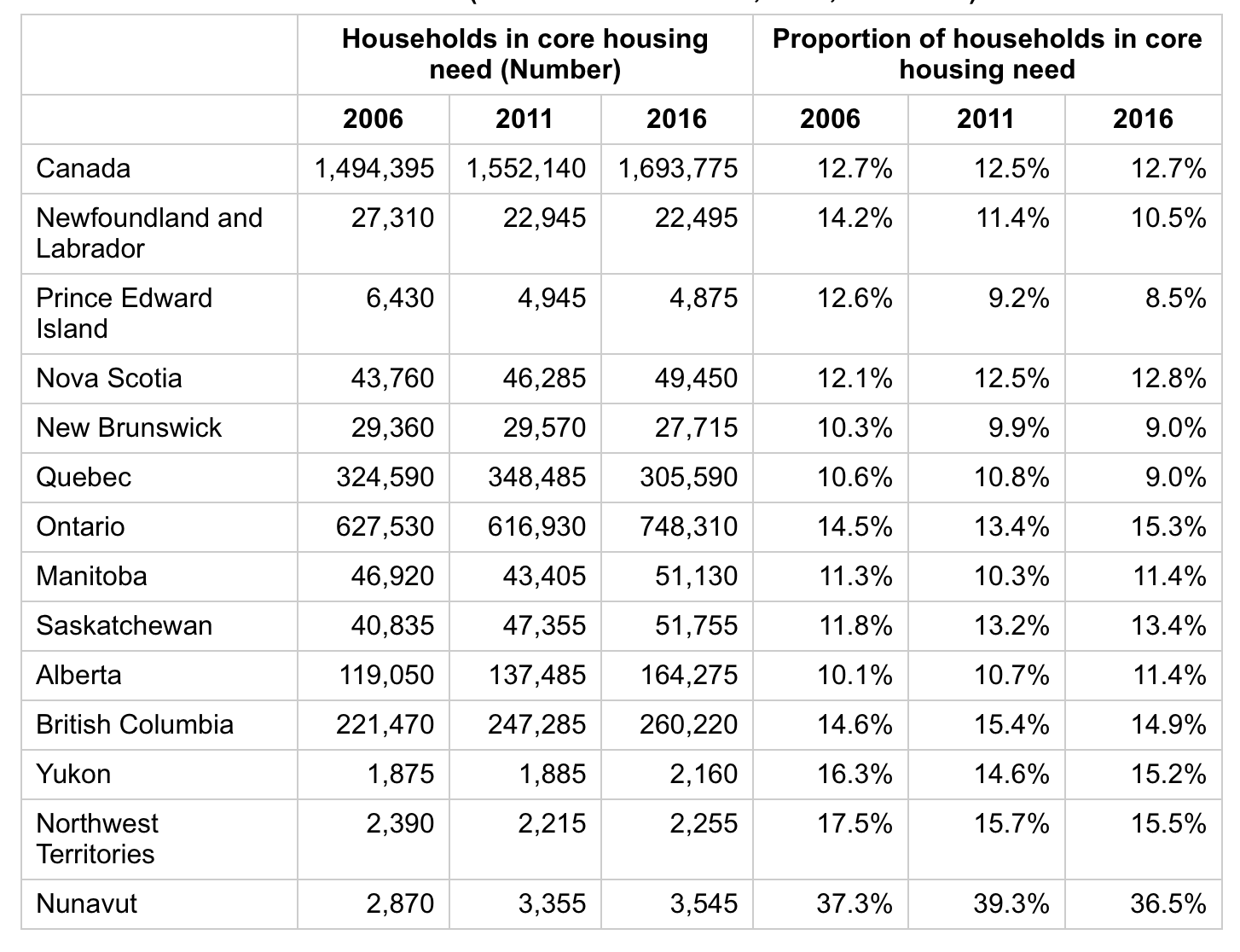 While the proportion of Canadian households living in unacceptable housing conditions has remained stable over the last ten years, different trends exist among provinces and territories. Between 2011 and 2016, housing conditions have worsened in the Prairies region and Ontario, and improved in British Columbia, Quebec and most of the Atlantic region. Core housing need was prevalent in the territories; the rate in Nunavut remained the highest in the country at 36.5%. 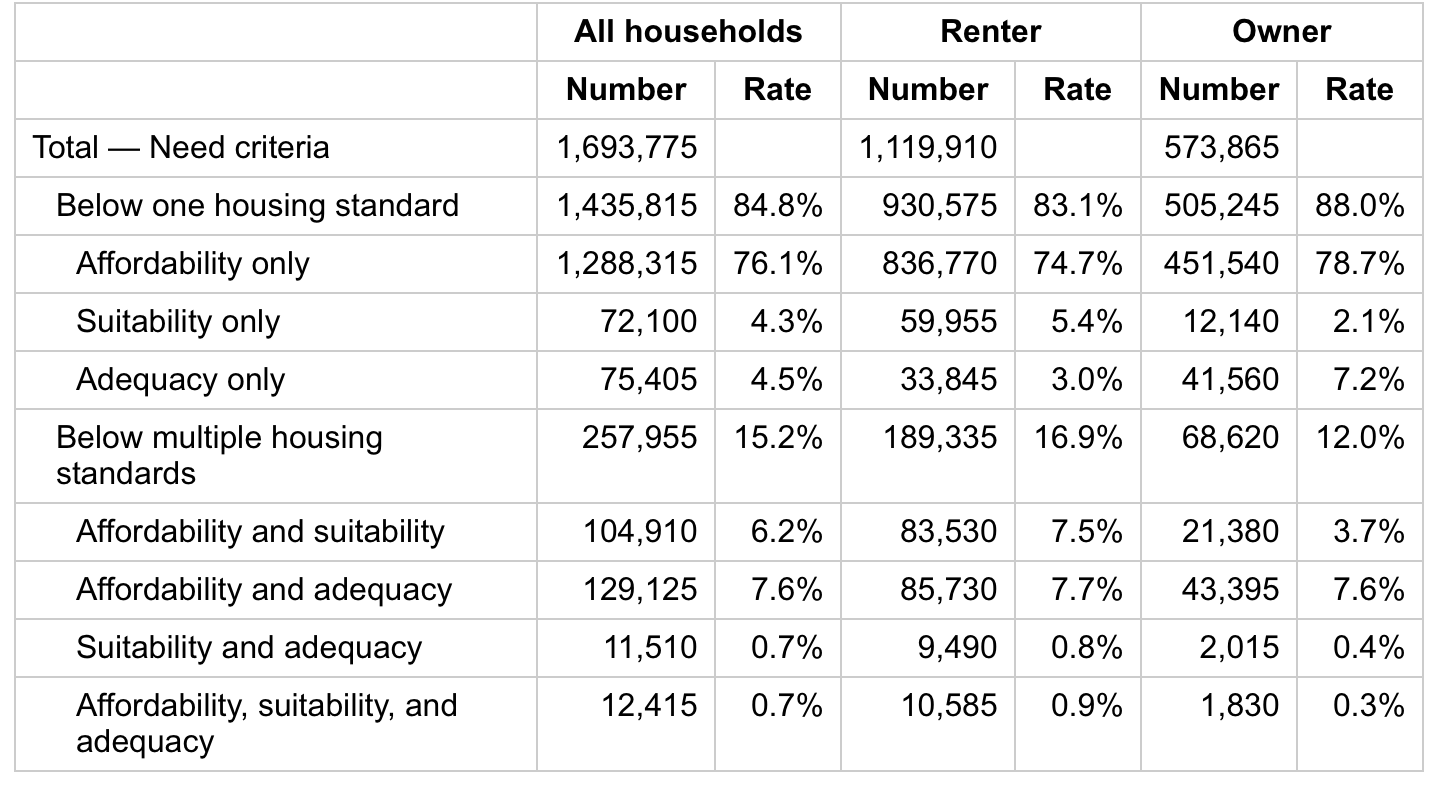 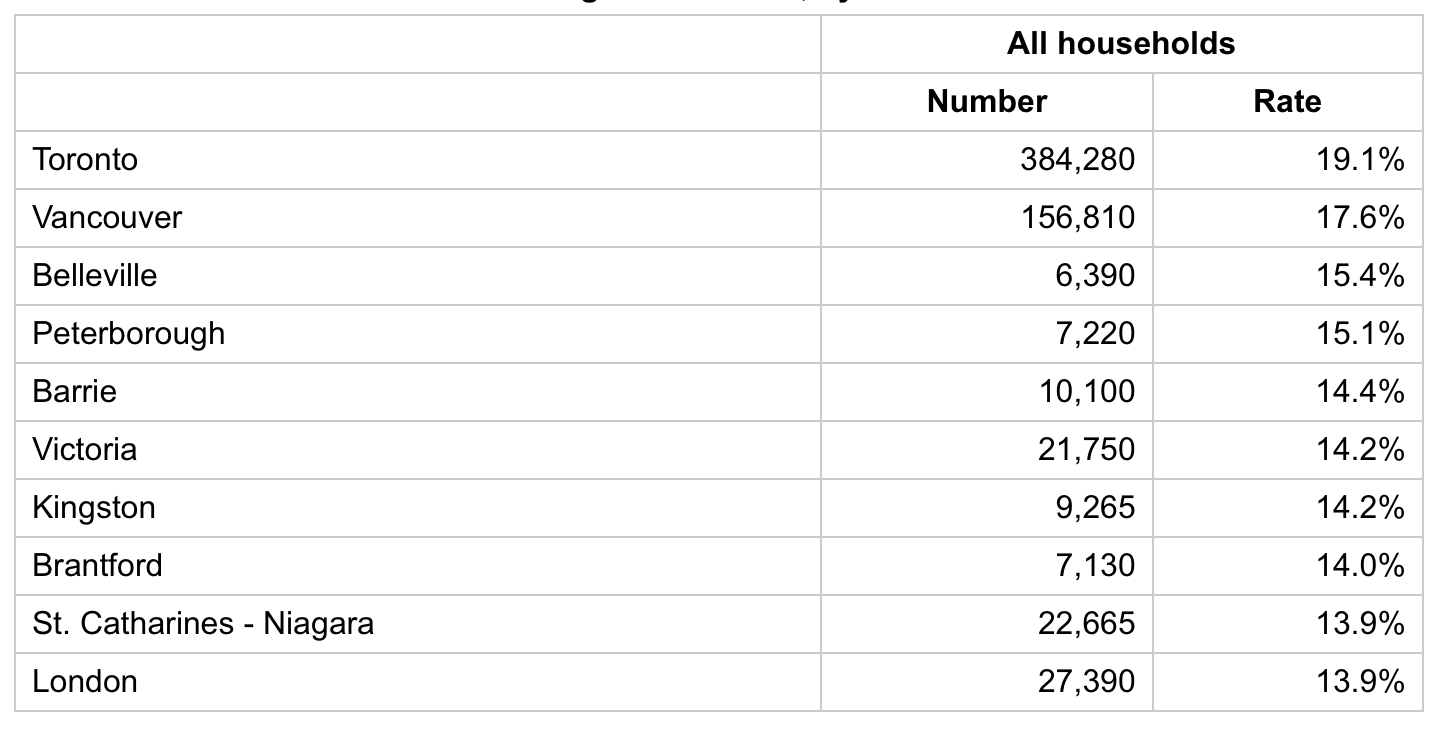 2 The NOS establishes that enough bedrooms consists in one bedroom for each cohabiting adult couple; unattached household member 18 years of age and older; same-sex pair of children under age 18; and additional boy or girl in the family, unless there are two opposite sex children under 5 years of age, in which case they are expected to share a bedroom. A household of one individual can occupy a bachelor unit (i.e. a unit with no bedroom).

4 The concept of alternative housing is defined as median local shelter cost, based rent levels and utilities for housing meeting the three standards, representing 30 per cent of the household’s before-tax income.