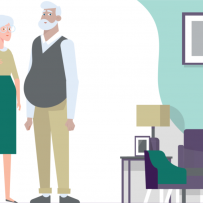 Vacancy rates for seniors’ housing have varied across Canada this year. Still, there have been some regional trends and exceptions. In Atlantic Canada, for example, vacancy rates have hovered between 7% and 11%. In the Prairies, meanwhile, they’ve trended higher, between 13% and 17% in Alberta and Saskatchewan. Manitoba was a notable exception, with a vacancy rate of just 2.8% in 2019.

We’ve just released the Seniors’ Housing Reports for 2019. These annual reports provide descriptions and analysis of the seniors’ housing market in the following 7 regions:

READ THE FULL SENIORS’ HOUSING REPORTS FOR ALL 7 REGIONS