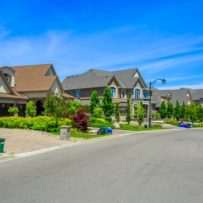 This marked the greatest rise ever since Urbanation began tracking the metric in 2010, the report stated. The 2018 increase also outstripped the 8.3% pace in 2017, contributing to the 4.1% overall average growth over the past 8 years.

“Recent housing policy changes, combined with strong demand fundamentals and supply constraints led to record growth for rents in the GTA last year. These factors should continue to keep upward pressure on rents, but to a lesser degree in 2019 as affordability becomes a bigger issue and more condominium and rental units finish construction,” Urbanation president Shaun Hildebrand said.

“The reduced level of turnover was likely a function of the expanded rent controls for tenanted units introduced in 2017 and the increased barriers to homeownership caused by elevated prices, higher interest rates, and new mortgage qualification rules. Low turnover limited the amount of supply in the market in 2018, helping to raise rents throughout the year,” the Urbanation report explained.

Newly finished projects are expected to add some much-needed relief in the market. As of Q4 2018, the number of new condo apartments that were completed and reached final closing went up to 6,216 units, the highest level in 2 years.

“This helped to create somewhat more balanced conditions, as the ratio of leases-to-listings declined to 75% in Q4 — the lowest level in three years — with active listings at the end of the year (1,902 units) at their highest point in nearly four years. This trend is expected to continue in 2019 as a record of over 20,000 new condos reach completion,” Urbanation stated.