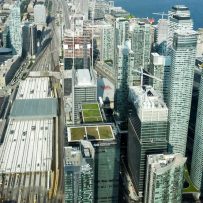 The number of new condominiums under construction in the GTA increased 11% year-over-year to a record high of 86,346 units. There was an additional 22,857 units in active projects in the pre-construction stage. A total of 3,271 units reached completion in the second quarter and 10,938 units were scheduled to reach completion during the second half of the year, which would bring the total for 2021 completions to 18,157 units, representing a 19% decline from the record high 22,473 units that reached completion in 2020.

“The second quarter showed that the GTA new condominium market not only fully recovered from COVID-19 but also returned to near record high sales volumes. The 905 continued to be a driving force as developers and buyers have shifted to more affordable locations of the region. With inventory approaching a three-year low, expect further upward pressure on new condo prices in the near-term. ”