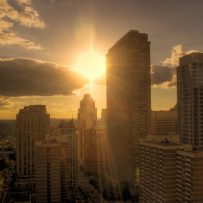 Though the tight low-rise market in Toronto often steals headlines for its price and sales growth, the condo market performed quite well in the second quarter of 2014 with a double digit boost in sales of existing suites. The Toronto Real Estate Board is reporting 6,553 sales in the GTA last quarter, a 10.4 per cent surge compared to the same period last year.

Toronto-proper accounted for 71 per cent of all condo sales in the region. The city counted 4,638 sales in total, a 9.3 per cent increase in sales over 2013. All of the other municipalities also saw a bump in sales, year over-year.

For more details, check out the table below: