Government of Canada continues to help lower the cost of housing 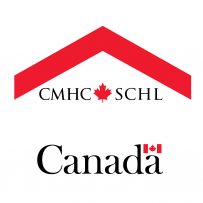 Government of Canada continues to help lower the cost of housing

Today, the Honourable Candice Bergen, Minister of State for Social Development announced changes that will help support a number of existing social housing projects when their operating agreements mature.

“Our Government is focused on helping vulnerable Canadians lift themselves out of poverty and lead successful lives,” said Minister Bergen. “Since 2006, in working with our partners, we’ve provided support to over 880,000 individuals and families with access to affordable housing. Today’s announcement represents a common sense approach that will give some social housing projects greater flexibility when their CMHC operating agreements reach their maturation.”

“This is very welcome news to providers of co-op and non-profit housing in Canada. It is one more example of our Government’s commitment to working with housing groups across the country,” said Brad Butt, M.P. for Mississauga-Streetsville.

Effective immediately, social housing providers whose operating agreements allow for the establishment of a Subsidy Surplus Fund (SSF) can now retain any money they may have in this fund to use after their operating agreements mature. These funds can be used to continue to lower the cost of housing for low-income households living in existing social housing, including individuals, families, seniors, persons with disabilities, and Aboriginal people.

The SSF is a component of some operating agreements entered into between CMHC and non-profit and co-operative housing providers. The Fund is established by housing providers so that they can retain unused federal funding, up to a certain limit to lower rents for low-income households. This change will apply retroactively. This means that for housing providers whose agreements have already matured and who have repaid CMHC amounts that remained in their SSF at time of maturity, CMHC will refund the funds it collected, provided the project continues to be owned and operated by the social housing provider.

Economic Action Plan 2013 committed $1.25 billion to renew the Investment in Affordable Housing. This is in addition to the $2 billion invested through previous Economic Action Plans to build new affordable housing and renovate existing social housing projects, including co-operatives.

Through CMHC, the Government of Canada continues to work with provinces and territories and other stakeholders to ensure that Canadians have access to a range of affordable housing options, including non-profit and co-operative housing.

Non-profit and co-operative housing providers that entered into operating agreements with CMHC under Non-profit and Co-operative Housing Programs (Section 95 of the National Housing Act) are provided with ongoing federal assistance, based on the write-down of mortgage interest rates, to help lower the cost of housing.

The operating agreements under these programs provide for the establishment of a Subsidy Surplus Fund, in which unused federal assistance, up to a maximum of $500 per unit, plus any interest earned, can be retained by the housing provider. Under the terms of the operating agreements, the SSF is to be used solely for the purposes of lowering the cost of housing for low-income households.

Annually, through CMHC, the federal government provides $1.7 billion in support of close to 594,000 individuals and families living in existing social housing. Provinces and territories also contribute annually to this housing.

This funding is provided under long-term agreements, which cover a 25 to 50 year period, to housing groups who in turn provide affordable housing to those in need.

At the end of these agreements, the government will have fulfilled its commitment and funding will end. At the same time, the mortgages on the properties will generally be paid off, allowing most housing groups to continue to provide affordable housing.

For those housing groups that need additional assistance, the federal government is providing significant funding under the Investment in Affordable Housing (IAH). Also, a Federal/Provincial/Territorial (F/P/T) Working Group is currently examining the financial viability of the existing social housing stock across Canada as the operating agreements mature.

Economic Action Plan 2013 renewed the IAH with $1.25 billion in funding over five years. Funding is provided through provinces and territories, who have the flexibility to use federal funding to design and deliver programs that meet local needs and priorities, including rent supplement programs that can be made available to housing providers once their existing operating agreements mature.

Since 2006, the federal government has invested more than $15 billion in housing and homelessness, including the existing social housing stock.